Time for another post and I'm squeaking this one in under the wire for October. I really have no excuse because I've been out of work and had a lot of time on my hands. But most of that time has been spent looking for new work and consuming incredible amounts of television with my ambition thief of a dog. Warm puppies make bad motivators.

Speaking of dogs, I painted one up for my Frostgrave warband. There is no better way to spend an extra 10 gold than on a slavering warhound with which to chew on the enemies bones. Or you could get a very friendly looking, loyal chap like Grimm to wander around the battlefield looking adorable.

Grimm is my wizard's faithful companion and despite his friendly appearance has actually mauled quite a few enemies with a little help from a Strength spell. I'm a fan of Irish wolfhounds, and that kind of look was really my first choice. This little guy hails from CMM and I picked him up along with this characterful chap in case I need a second dog for something. Not bad for $14 shipped from Europe.

The other thing I felt I was lacking was a medium construct. It's a good thing to have in case I need to replace a warrior on the cheap or for random encounters. Since I don't envision my Enchanter as a "builder" I went for a more natural kind of construct. Meet Twiggy: 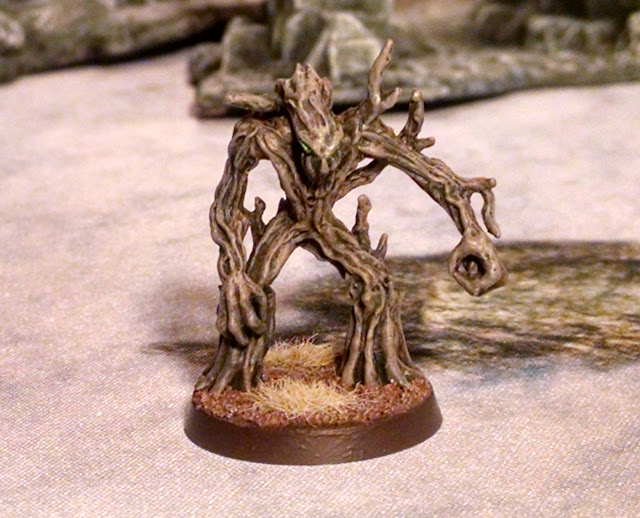 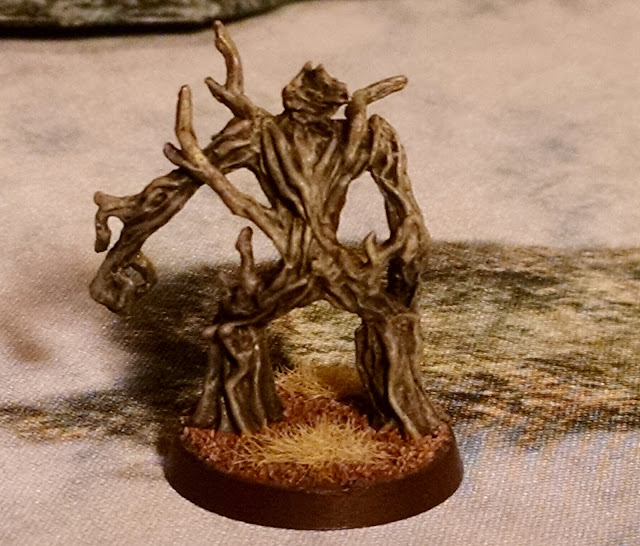 I see my wizard as more likely to summon elemental spirits to animate earth and wood than to craft a mechanical object. Twiggy here is perfect for a tree spirit/wood golem type. I picked him up from Noble Knight on eBay, but he comes from Reaper.

And while we are on the subject of constructs, some of you may remember my large construct, who has since picked up the name Facebook. My first mini for Frostgrave, I wasn't entirely sure if I was going to go full winter, so I had based him with my usual green static grass. Now that I'm a few minis in with the dead grass look, he looked really out of place in the warband. A revamp was in order. So Facebook went from looking like this: 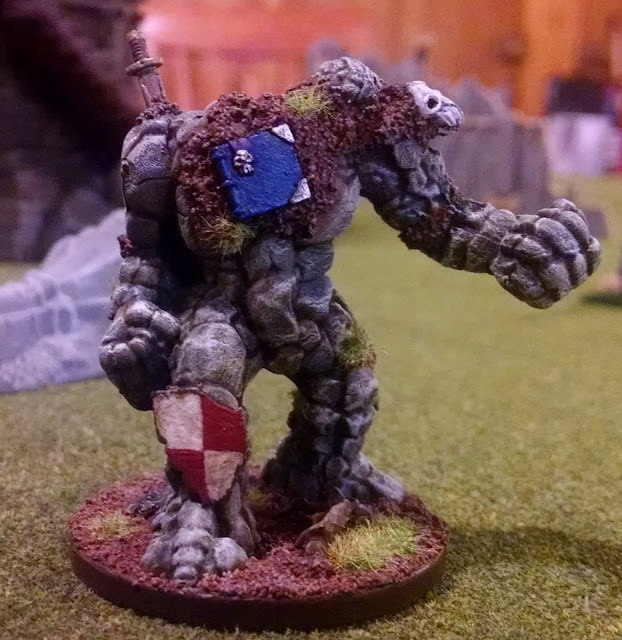 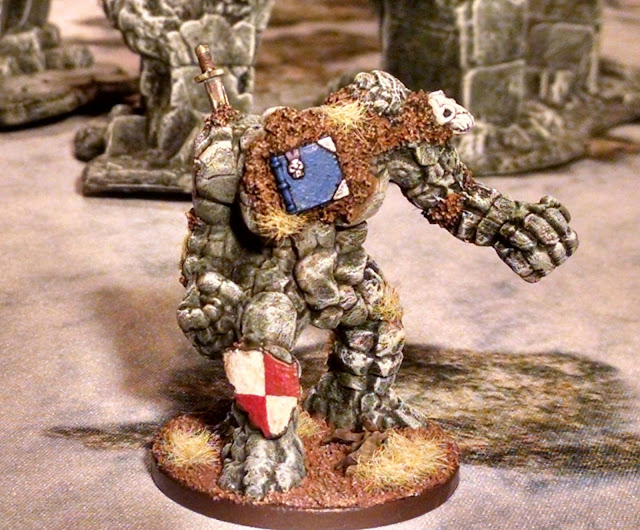 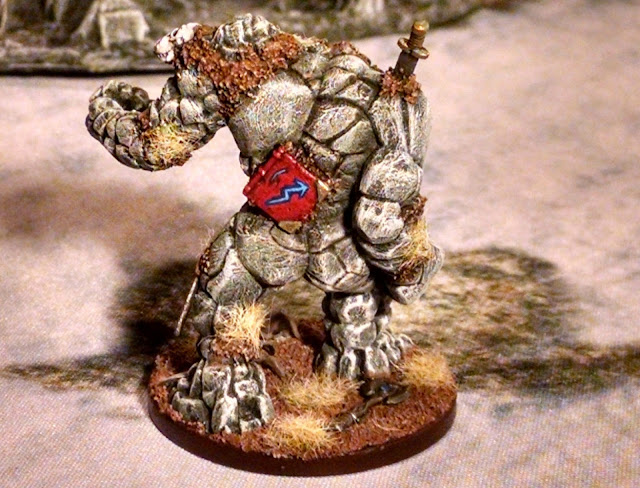 Which I think is a marked improvement. He really fits the pale, cold, dead look of Frostgrave now, and won't look off from the rest of the warband. And to prove the point, here's a "family portrait" of my painted Frostgrave minis so far: 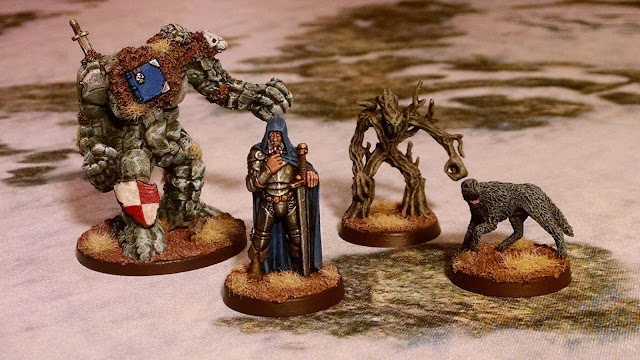 Very cohesive looking and I'm really liking the natural look that is coming out in the group. And yes, that picture is still lacking wizards. I promise they are mid-paint and more than halfway through the process. If they were adorable and covered with lots of texture for dry-brushing they'd be done now too. But they aren't so they're not, so there.

Happy gaming!
Posted by TheUndergroundLair at 10:12 AM