I Have Altar-ed The Dungeon

It has been a while since I've done anything with my dungeon project, but today it's back with a little dressing to liven the place up a bit.

One of the things I was most excited to get in my Bones Kickstarter package was the dungeon dressing pieces. Up until now, the only real pieces I've had to feng shui the place up with have been my Mines of Moria pieces and the table I built. So I was really happy that some of the hundreds of pieces I was getting would be going straight into the dungeon.

First off, we have the altar and candlesticks: 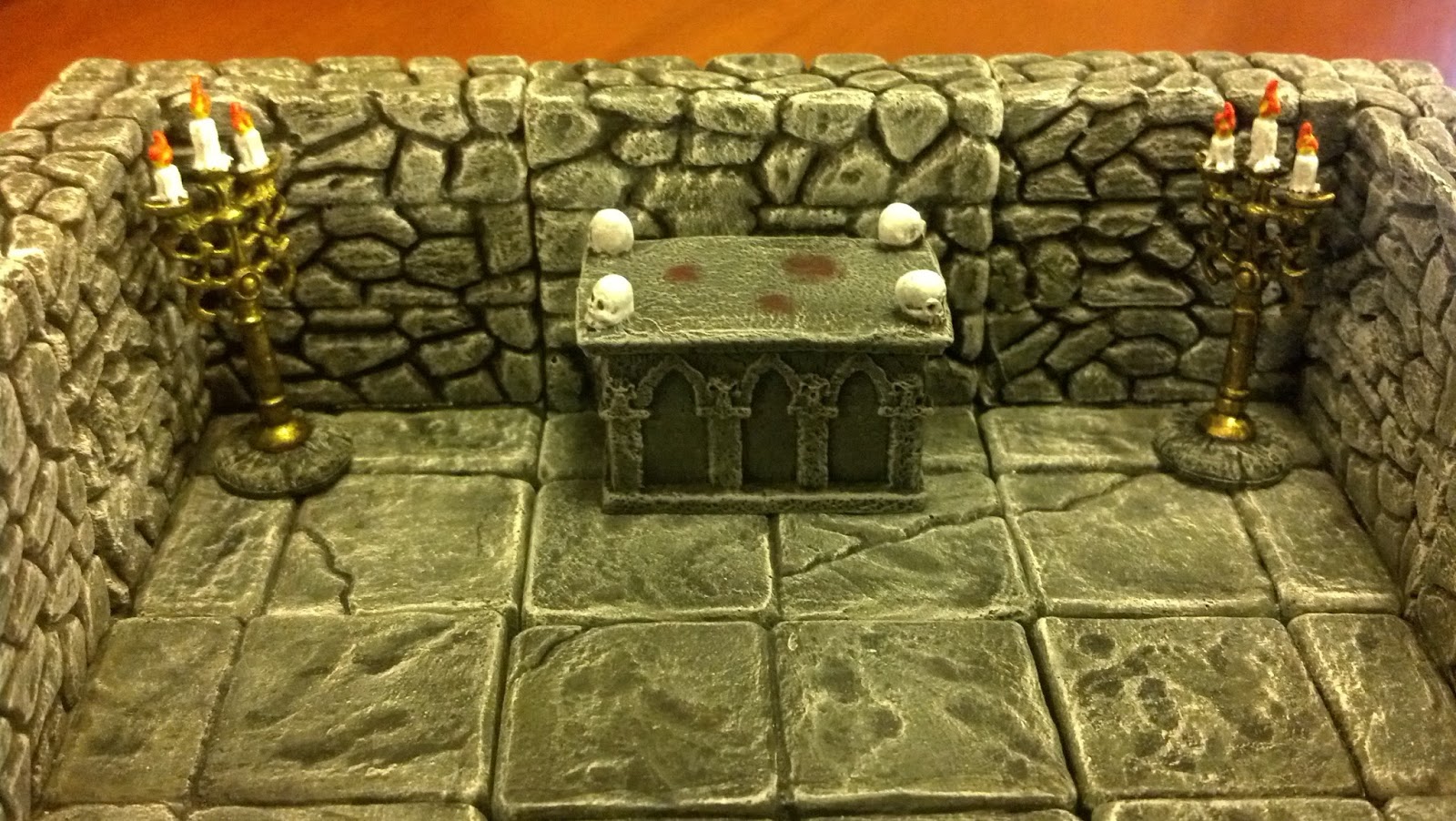 The candlesticks were pretty straightforward, but the altar needed something extra to help it stand out against the grey of the dungeon surrounding it. To that end, I made the skulls "real" skulls instead of carvings and you really can't go wrong with a couple blood stains from previous sacrifices. 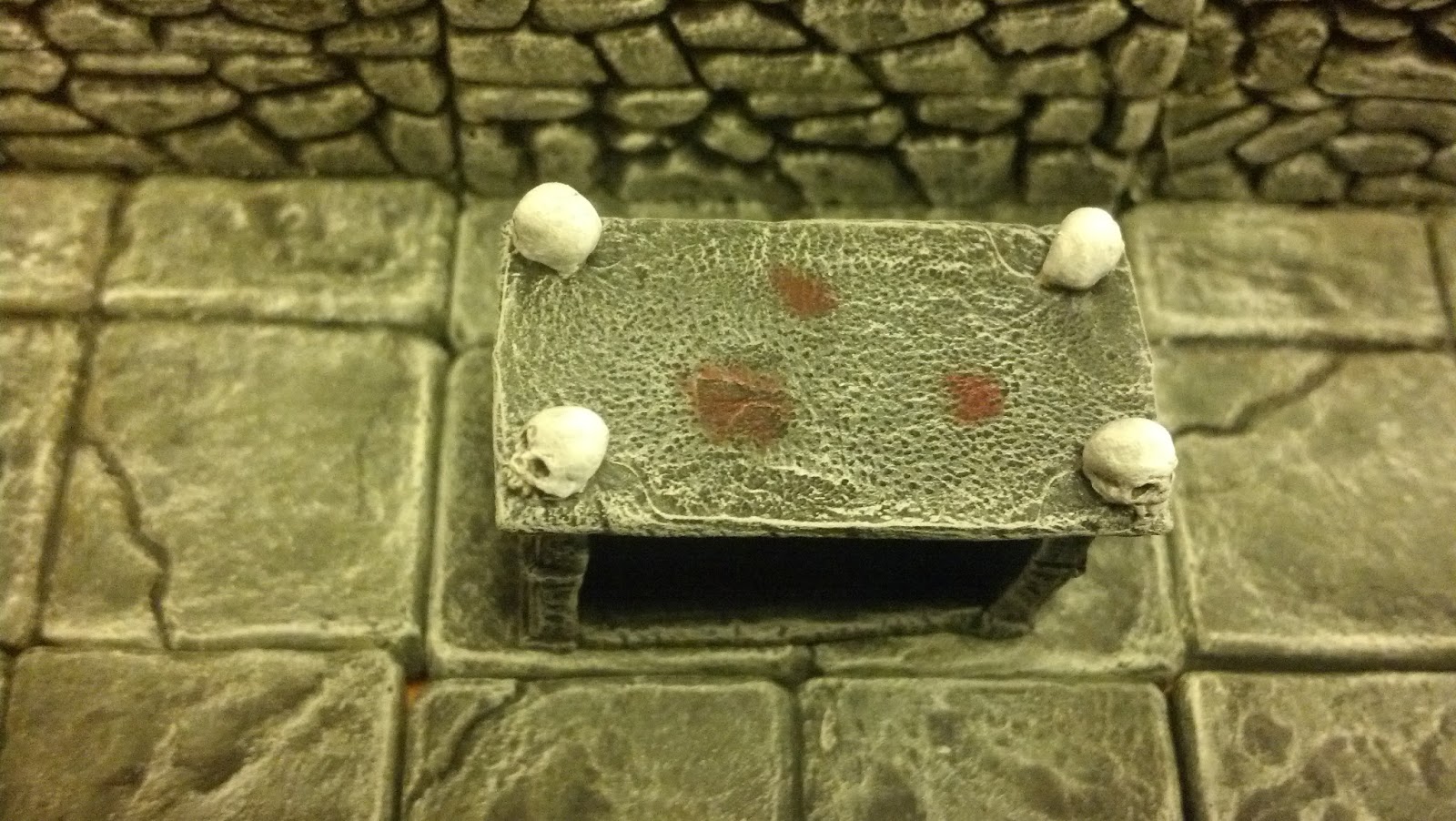 One interesting thing about the altar is that it is open on the backside. I kinda like that because it adds to the narrative of the area it sits in. It's a great place for loot to be stashed, a goblin to cower or a skeleton to be interred in (and possibly crawl out from). 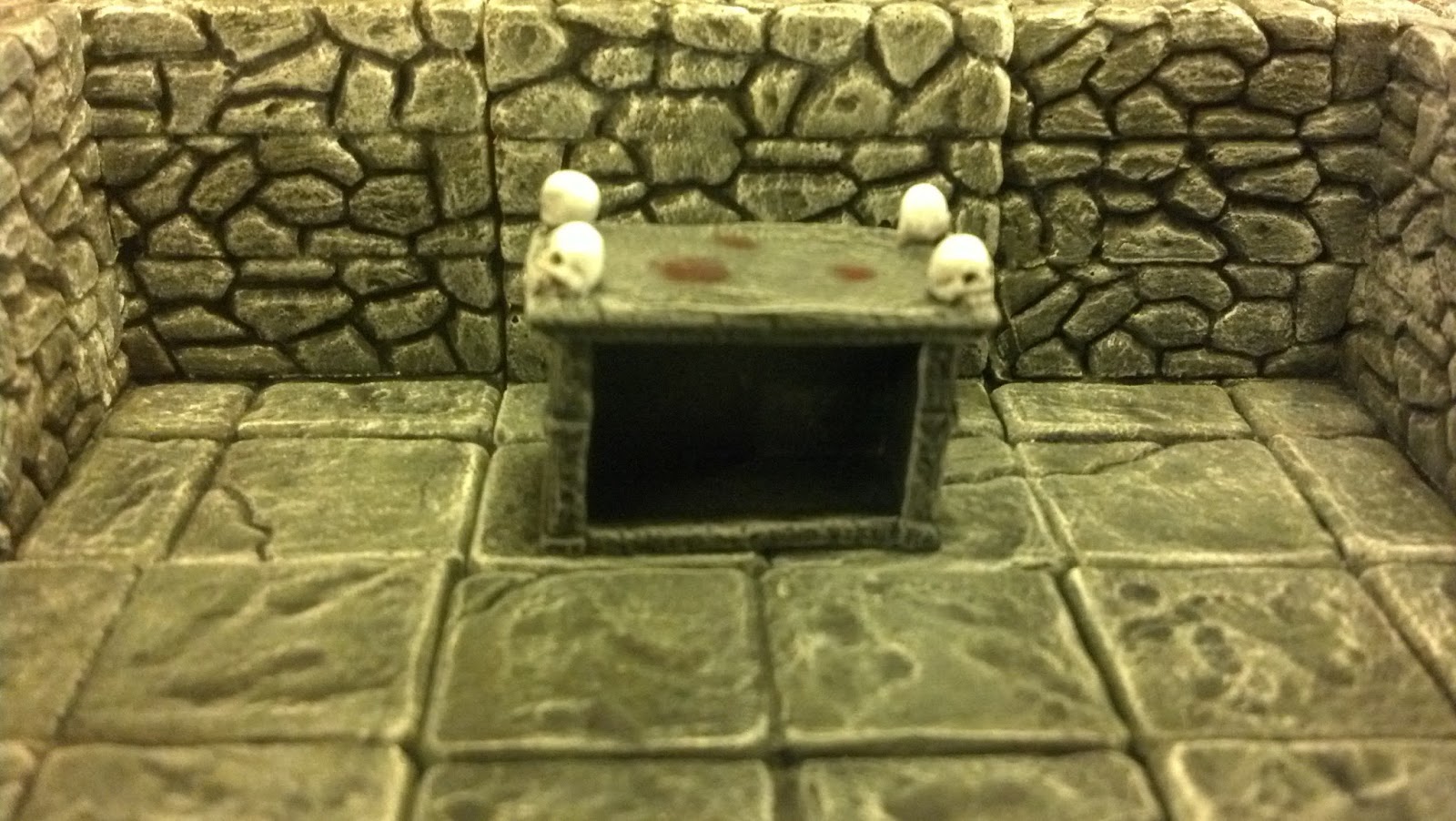 Next up is the "Well of Chaos" as Reaper names it. Personally, I don't see it as very Chaos-y, but that may be from my many years upbringing in the Warhammer world. Personally I think it looks more ancient elvish. Like the altar, it needed some splash of color to make it stand out, so it got a little moss here and there. 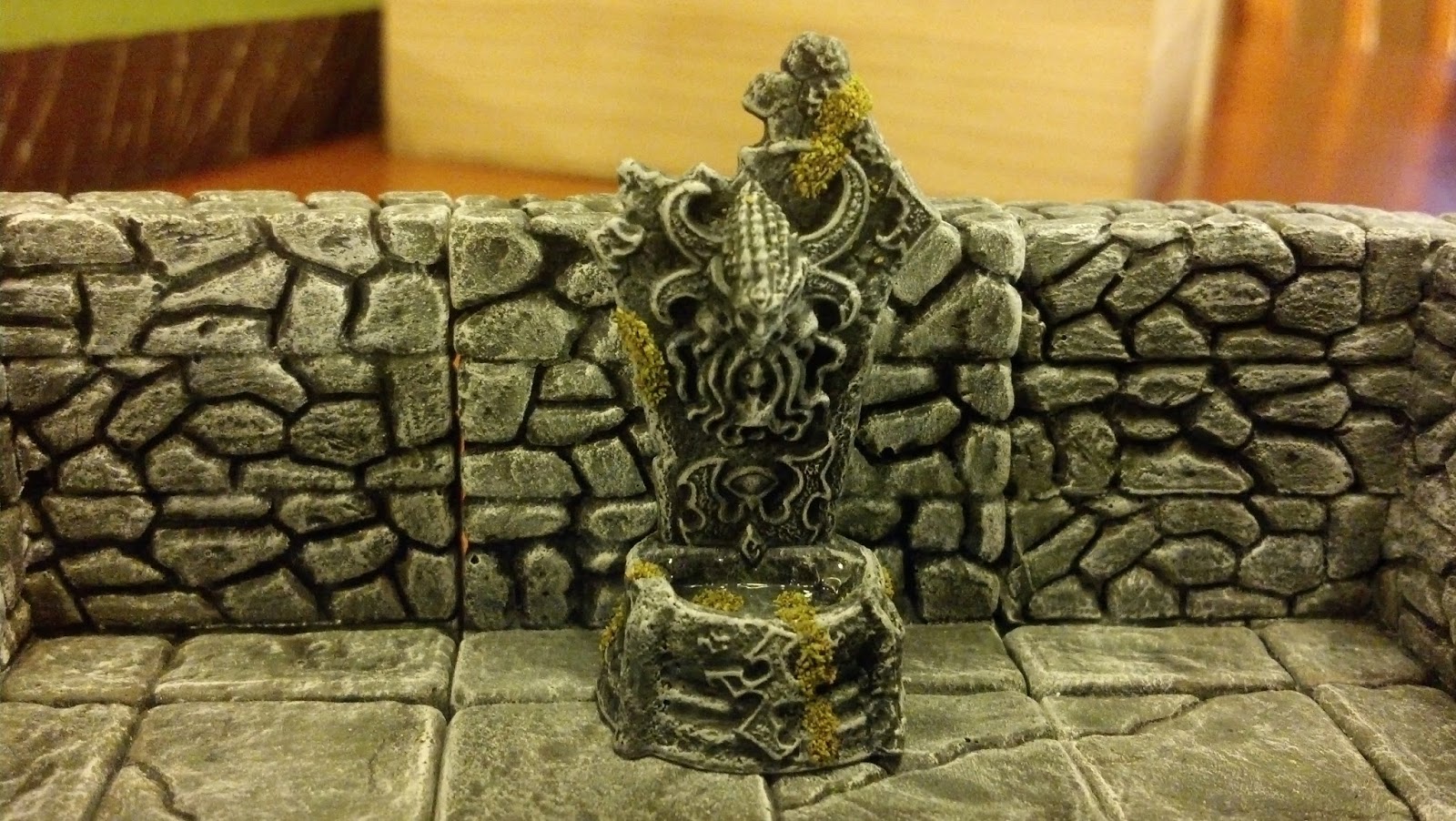 Being a well, I added a little clear school glue to give it some stagnant water, with a little moss floating on top: 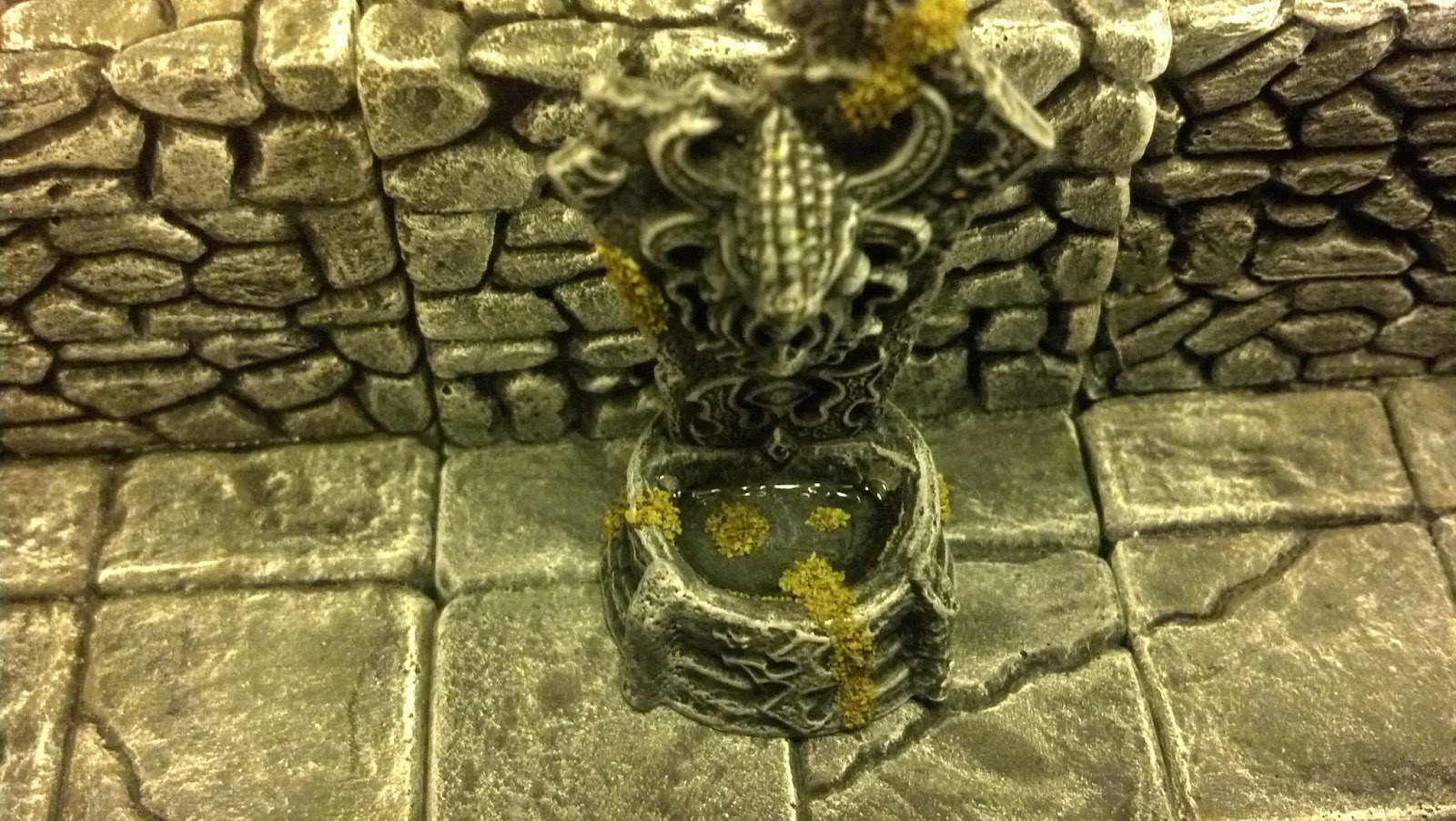 Finally, I have a non-Bones item to add to the dungeon. It's a resin chest from the early releases of Soda Pop's Super Dungeon Explore line. It came with some of their stand-alone metal minis produced before they went full board game with it. I have 4 or 5 of them and I'm sure I will add more later, but for now here's the one: 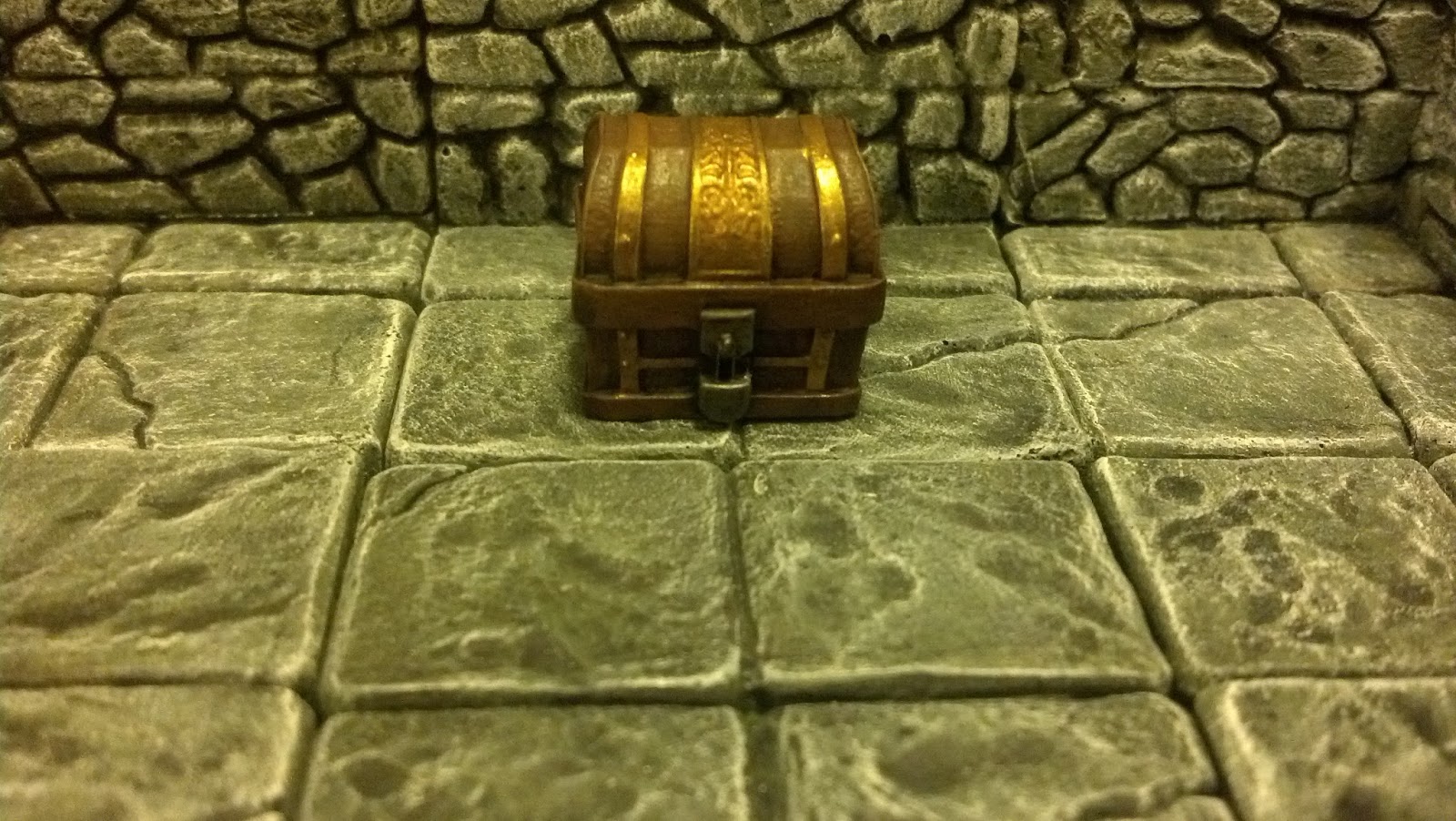 Nothing special, but easy to paint and it has some nice scrollwork on it. This one is kinda boring and natural. The next couple will probably be in brighter reds, blues or greens for a video game RPG feel. Still, it does the job.

Of course I had to set up a nice cozy room shot: 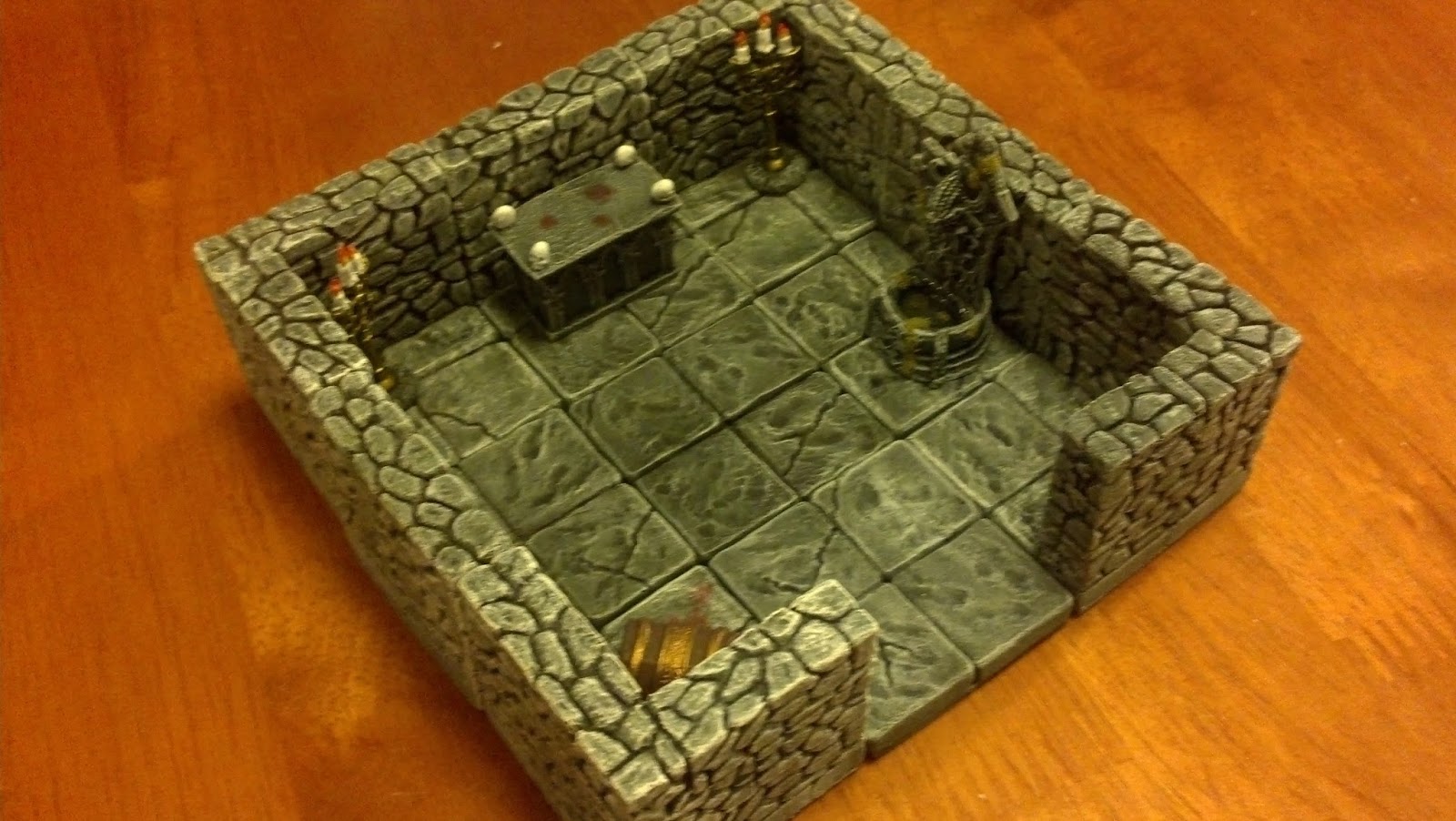 And my cultists giving the altar a workout with some worshipping: 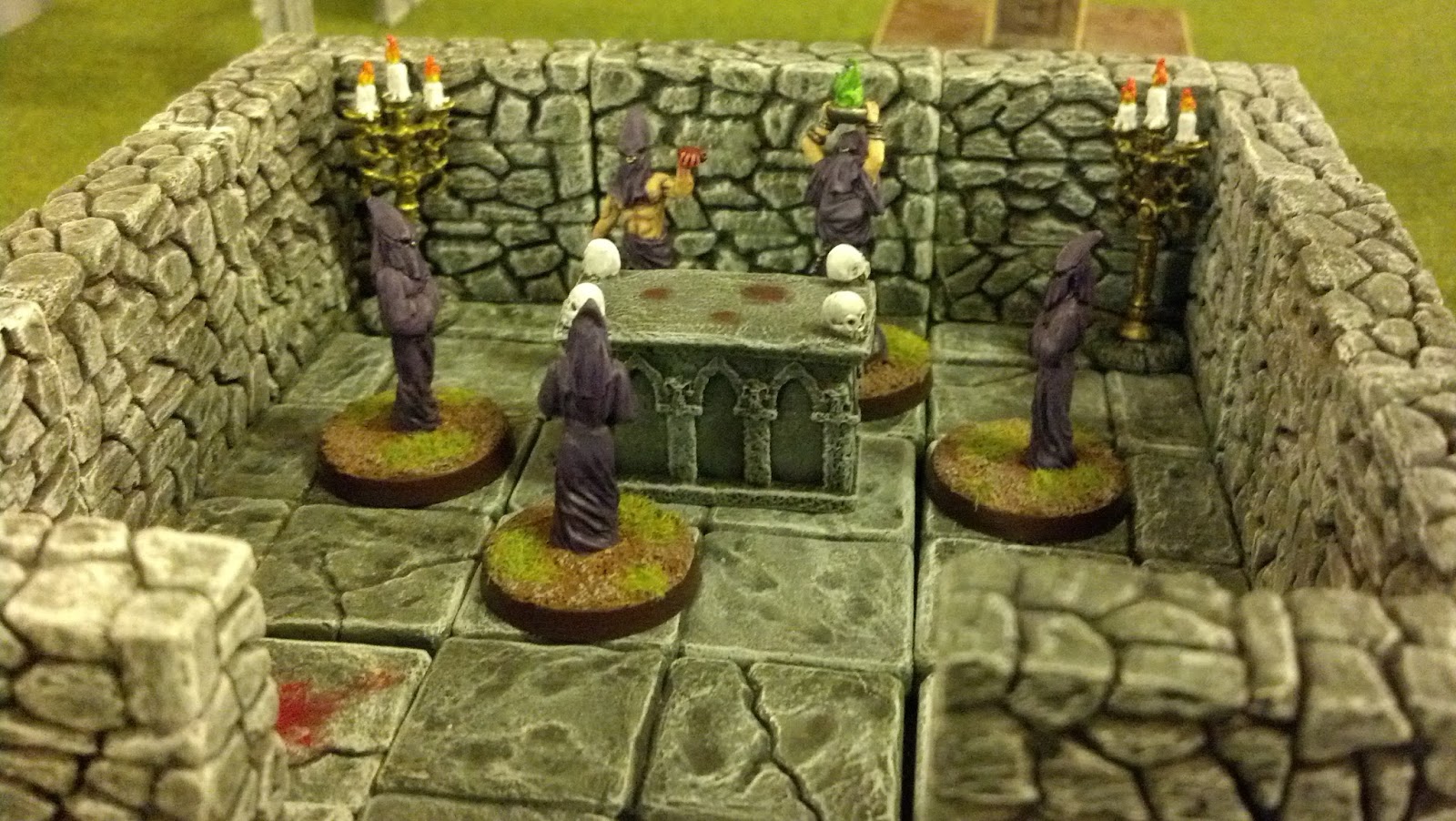 EDIT: It also looks great with a little friend on top. 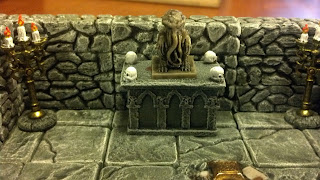 Posted by TheUndergroundLair at 11:36 AM