As I did last year, I threw another gaming weekend in celebration of my birthday. I don't have anything too special to say about it, but  I have a few pictures of the fun.

Saturday night was a few games of Epic Spell Wars, then a long roleplaying session with our home-brewed Marvel Superheroes rules. Pizza was interspersed throughout. I would have taken pictures but it was all theater of the mind and I'M NOT LETTING YOU SEE MY IMAGINATION. So there.

The lazy bastards slept in so I got a game of Marvel Dice Masters in against myself. I need to play more of this. No one else agreed that morning so they missed out on a great game. I shouldn't have made them breakfast but I did. 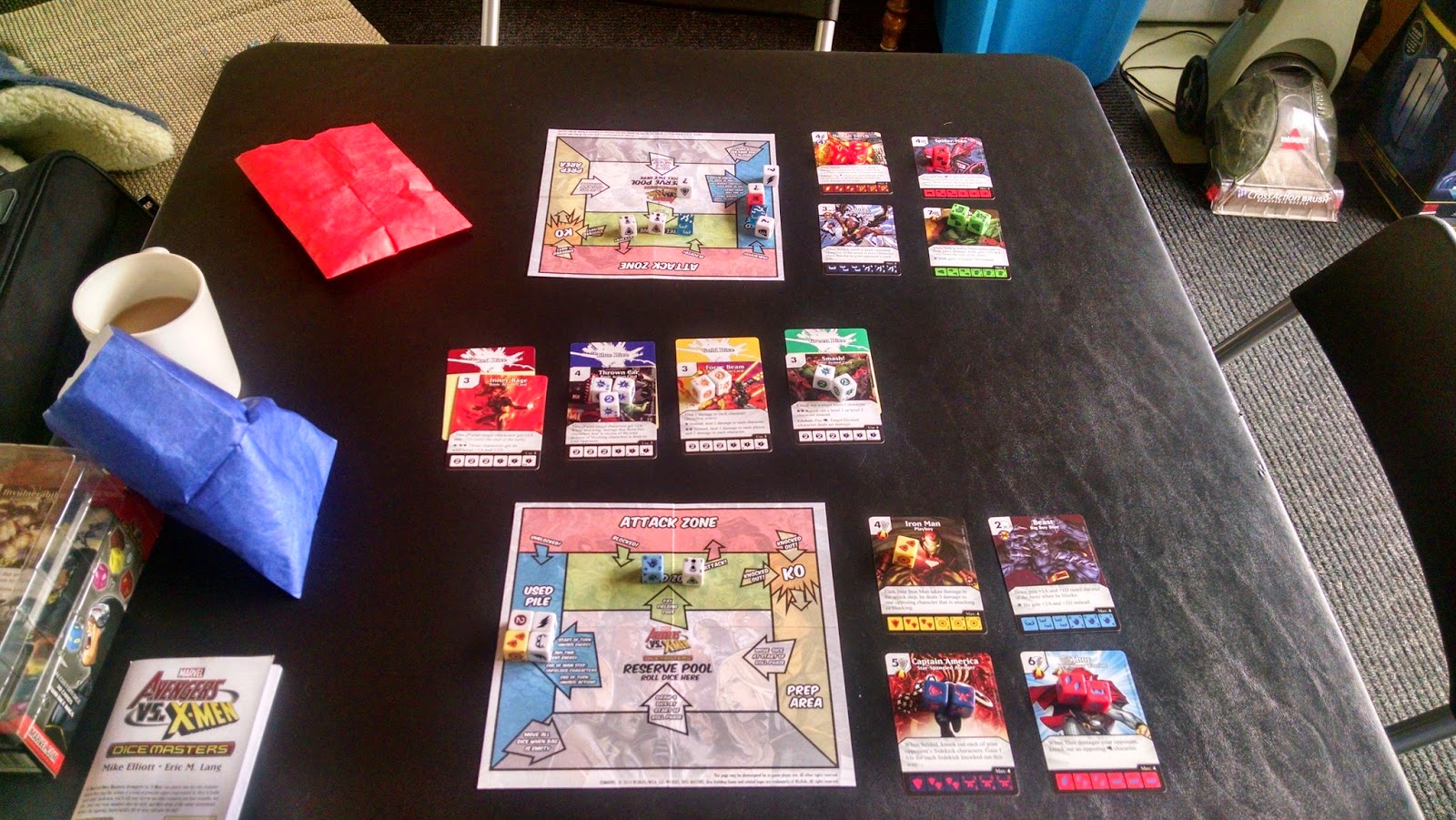 Then we played more Epic Spell Wars. We really love this game. Like LOVE it, love it. 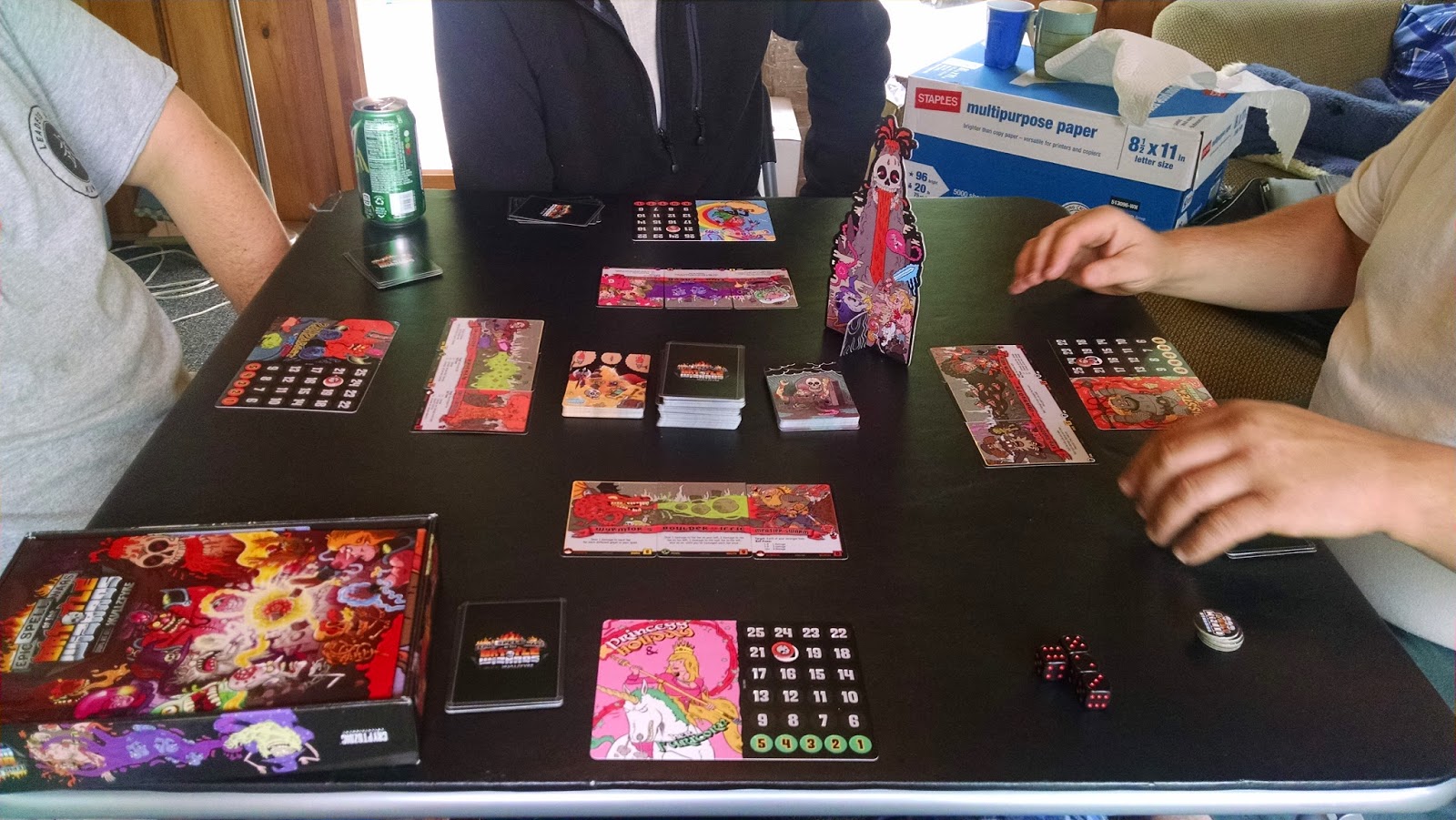 And then I forced everyone to play HeroQuest. I don't know why everyone puts up a fight when I break this out. A fantastic time is always had by all, especially since we have no problem interjecting roleplaying into the mix. This adventure was actually a continuation of last year's quest, with the heroes hired by Prince Magnus to hunt down the true leader of the sinister cult encountered last time.

All in all a fun quest. My favorite moment was when the Elf tried to search for the dead Barbarian's loot:

Zargon- "As you lean down to grab it, a rat runs by and snatches it, scampering down the hall and disappearing."

Zargon- "As you turn to reach for the sword, you find a much, MUCH larger rat with its paws wrapped around it, growling at you."

After that it was burgers and everyone went home. It was a fantastic time and I can't wait until next year's BGE! Happy gaming!
Posted by TheUndergroundLair at 12:10 PM