Hasslefree Miniatures makes some of the best female beauties in the business. When I saw their new female dwarf slayer named Hayden (a possible nod to a certain diminutive cheerleader on that show that had the super powers; you know the one) I had to have her. Hayden is the first female slayer I have encountered, and certainly has the most appealing dimensions of any female dwarf I've ever seen. So, I bought her and painted her up: 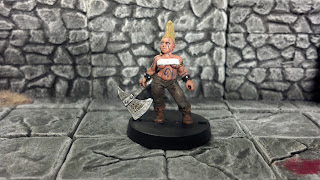 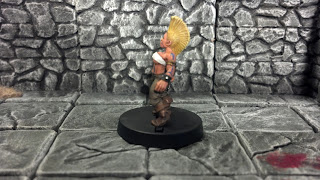 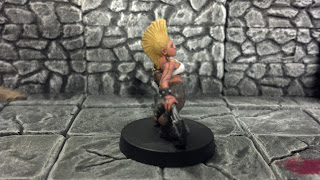 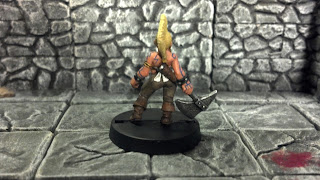 I went with blonde mostly because it felt more "Hayden" to me, and added blue tattoos to break up all the skin (and there's quite a bit). Some close-ups of the tats (that's an "a" not an "i" you pervs): 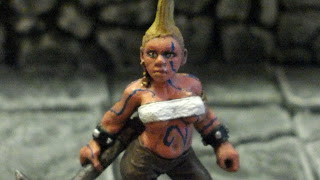 This was my first time really painting extensive tattoos. I definitely need more practice. I aimed for a mixture of pseudo-Celtic swirls mixed with some Norse/Germanic symbols. 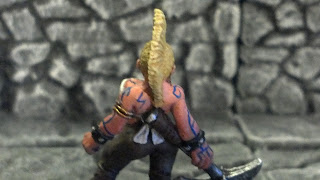 She also has a pretty nice caboose for a tiny little dwarf lady. At some point I would like to pick up the *ahem* resin version of her. I always enjoy painting up Hasslefree's stuff and I am definitely planning on more in the future. Their dwarf line in general is pretty amazing, so I may give her some more heavily armored backup down the line.
Posted by TheUndergroundLair at 2:51 PM