For a long time I have wanted to get into 15mm gaming.

If you have been doing 28mm gaming for essentially your entire gaming career, this can be a difficult thing to get into. A significant portion of your gaming investment goes to waste. Your terrain is almost all the wrong size, unless you imagine your little soldiers as fighting their battles in a land of giants. And your 28mm miniatures are titanic next to their smaller brethren. You might find one or two humans that could be hill giants, skeletons that could be bone giants, some rats and spiders that could be, well, giant rats and spiders. You see the common theme. Unless your collection is fairly scale generic, you can't use much.

I'm lucky in that, a while back, I made a small gaming board for Lord of the Rings skirmish, but it also doubles fantastically as a cave themed 15mm skirmish board for Song of Blades & Heroes. Add in a few rocky outcroppings and smaller ruin pieces and you have a nice underground (or ash waste) playing surface. 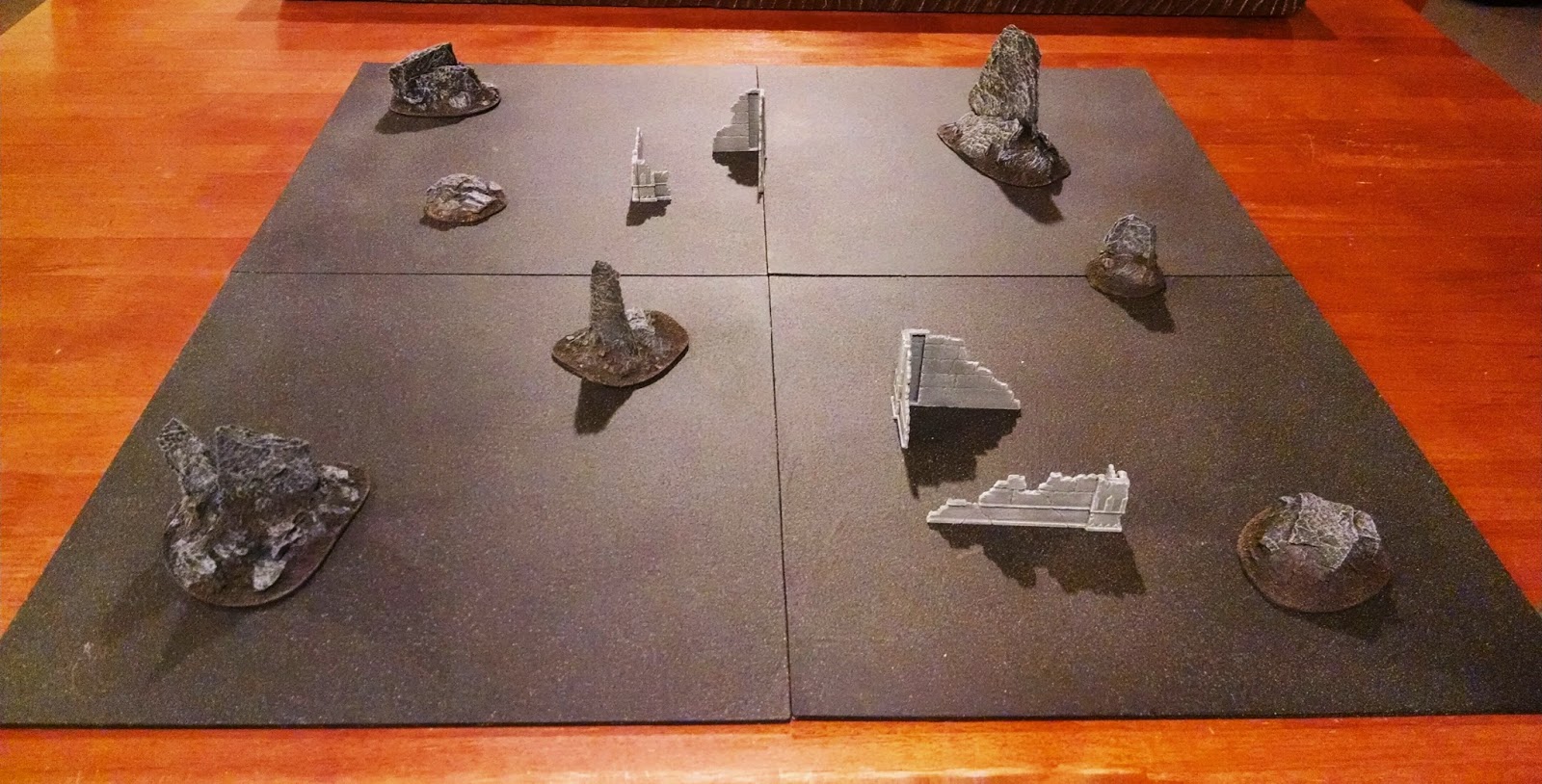 So that's terrain sorted, as least until I get inspired and build some more pieces. I do have a green grass board the same size, but I'd be pretty much just using the same pieces on that, plus a couple smaller trees. And the board is very old and showing some large bare patches in its outdated bright green flock. My goal is to someday refurbish that board but for now we'll stick to the underground.

Of course next I need some warbands. Like I said, I've been wanting to do something like this for a long time. Like years. Like a couple years ago when 15mm.co.uk was offering some of their lizardmen as a free sample. For the cost of shipping, I got 10 or so lizardmen, of which I have painted up five. 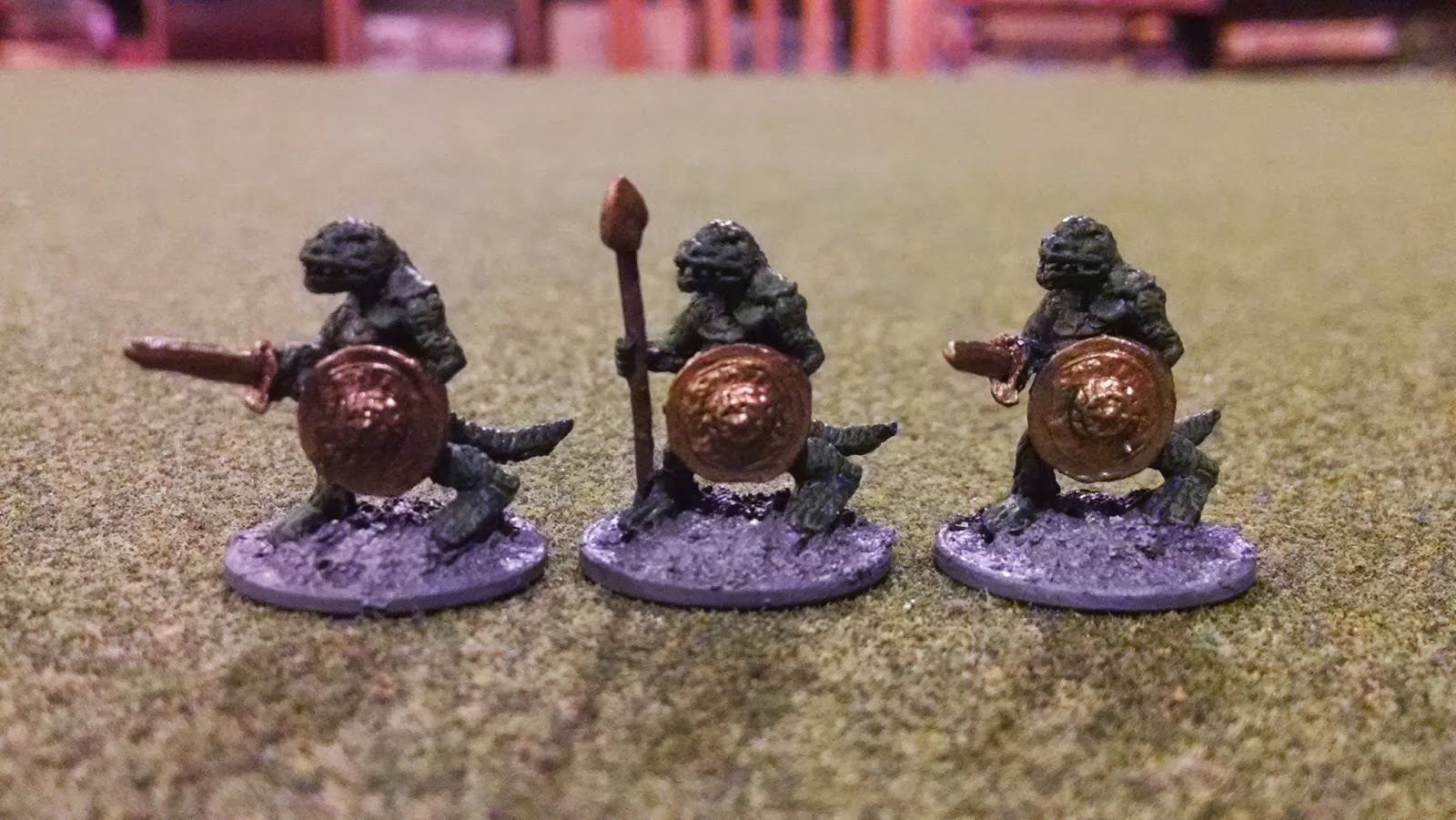 I also added a Reaper cobra familiar as a giant cave cobra. Buying it as a single piece actually cost me as much as the lizardmen, but I needed a small point filler. They aren't the most detailed, but I like these guys because they have a sort of Gorn/Trandoshan/Godzilla rubber-suit quality to them. They are quite charming.

You can find their warband roster right here.

Next I needed a suitable nemesis for my cave-dwelling lizardmen, a nemesis that also frequented the underground tunnels of the world. My answer came when Splintered Light put out some warbands of their dark elf line. Suitably painted they make some excellent Drow. 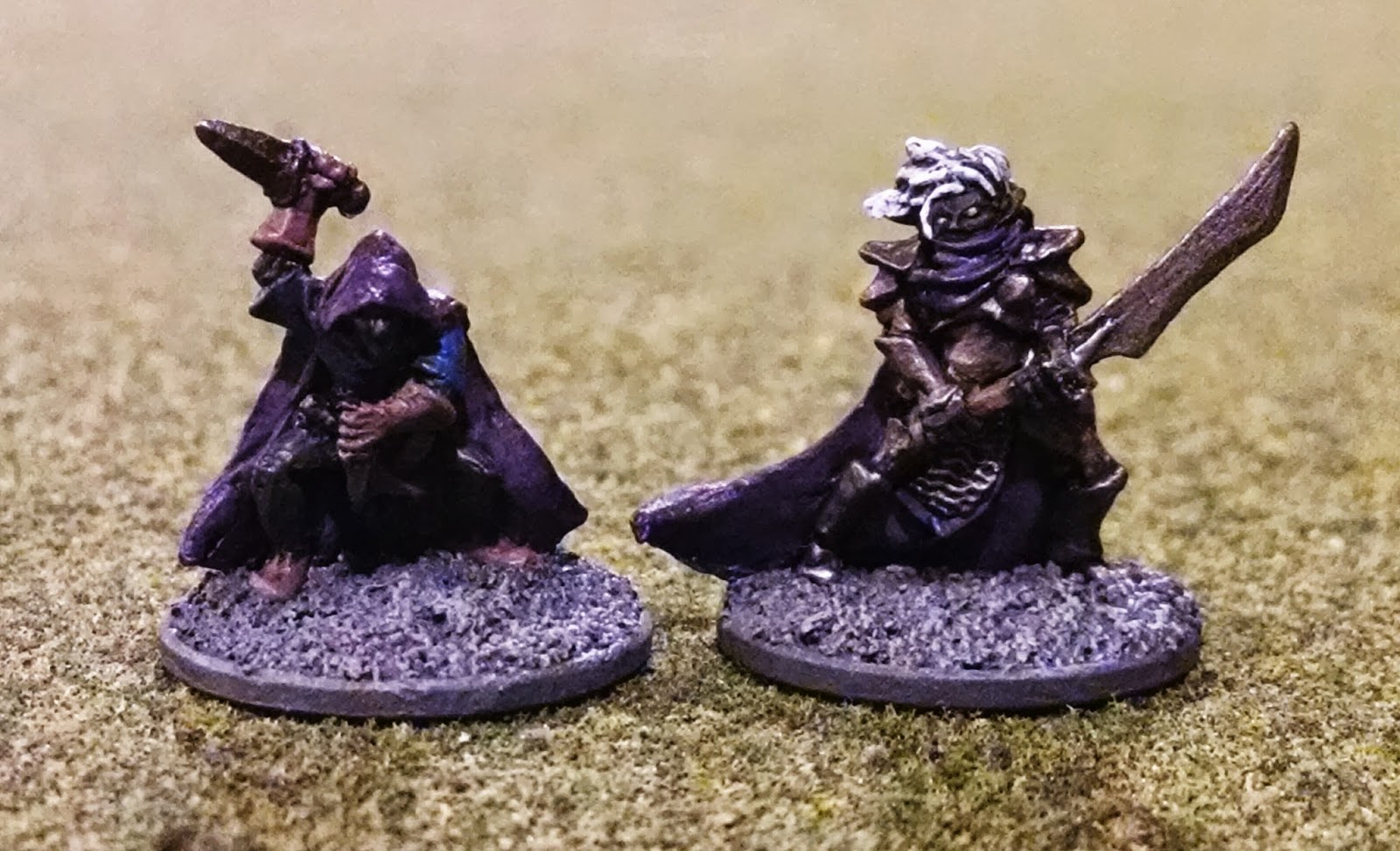 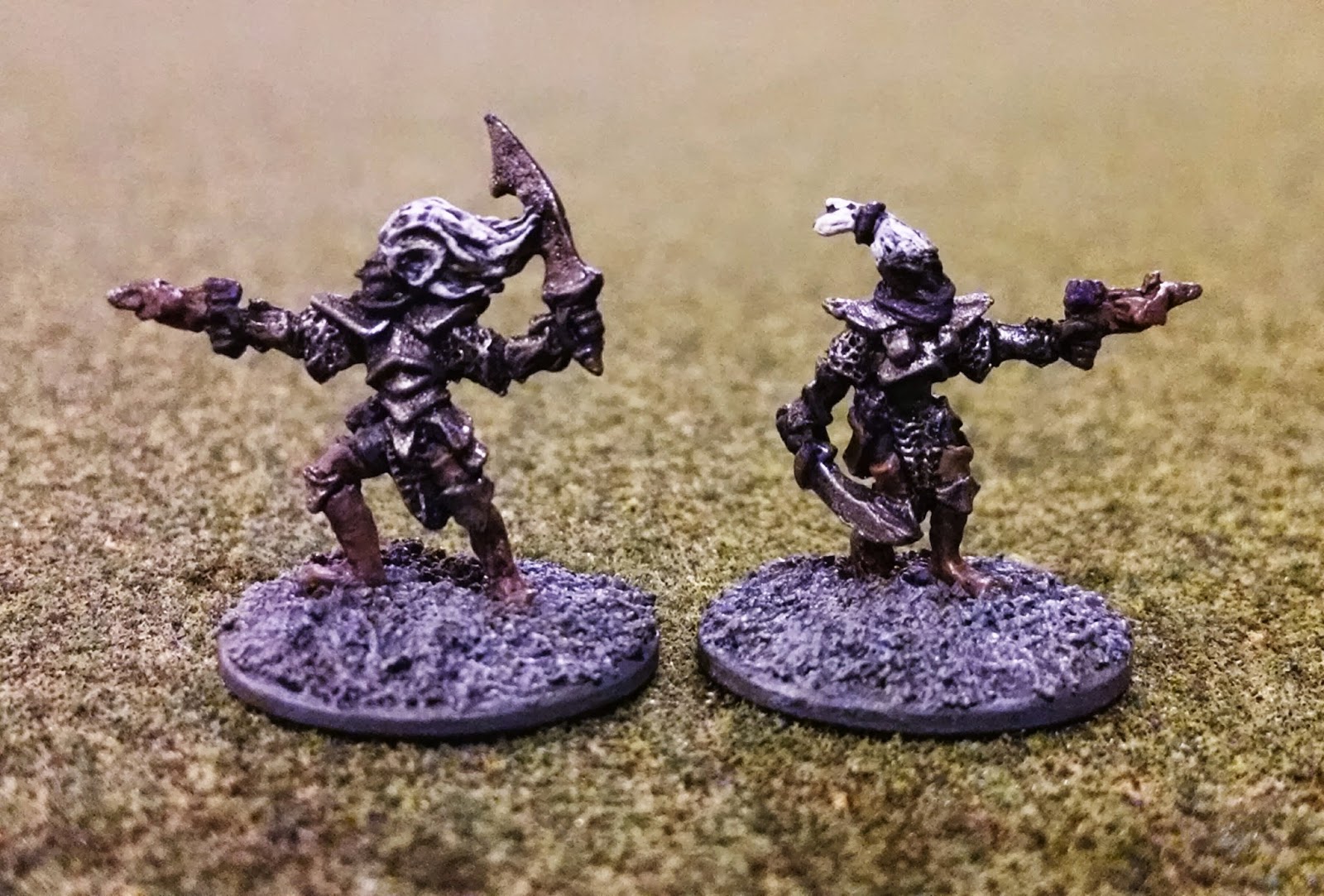 And Drow them up I did, with traditional dark armor, purple cloth, black skin and white hair. These guys were fun and super easy to paint, as were the lizardmen. At the smaller scales, drybrushing and washing goes even further than on 28mm, I think. I'm very pleased with the result on both warbands.

The dark elves also have a roster by the way, which you can find here.

And of course I cant leave off without giving you and action shot in their natural environment: I have so enjoyed painting up these warbands that I have taken the liberty of picking up a couple more. Ral Partha Europe has a line of Blighthaven warbands, and I have purchased the dwarf and beastman packages. I can't wait to get them painted up, but lets face it, at my pace that may be a while.

In the meantime, though, happy gaming!
Posted by TheUndergroundLair at 11:22 AM