One thing I like to do is occasionally paint a miniature I wouldn't normally lay a brush on. Since I make my miniature purchase decisions, it doesn't happen often. But a ways back when I was starting to play in my current Pathfinder campaign, one of the other players brought a mini and wanted to know if he could borrow some paint. I have a "no lending" policy, but I did offer to paint it for him.

And after several weeks of busy life and procrastination, this is how it finally came out: 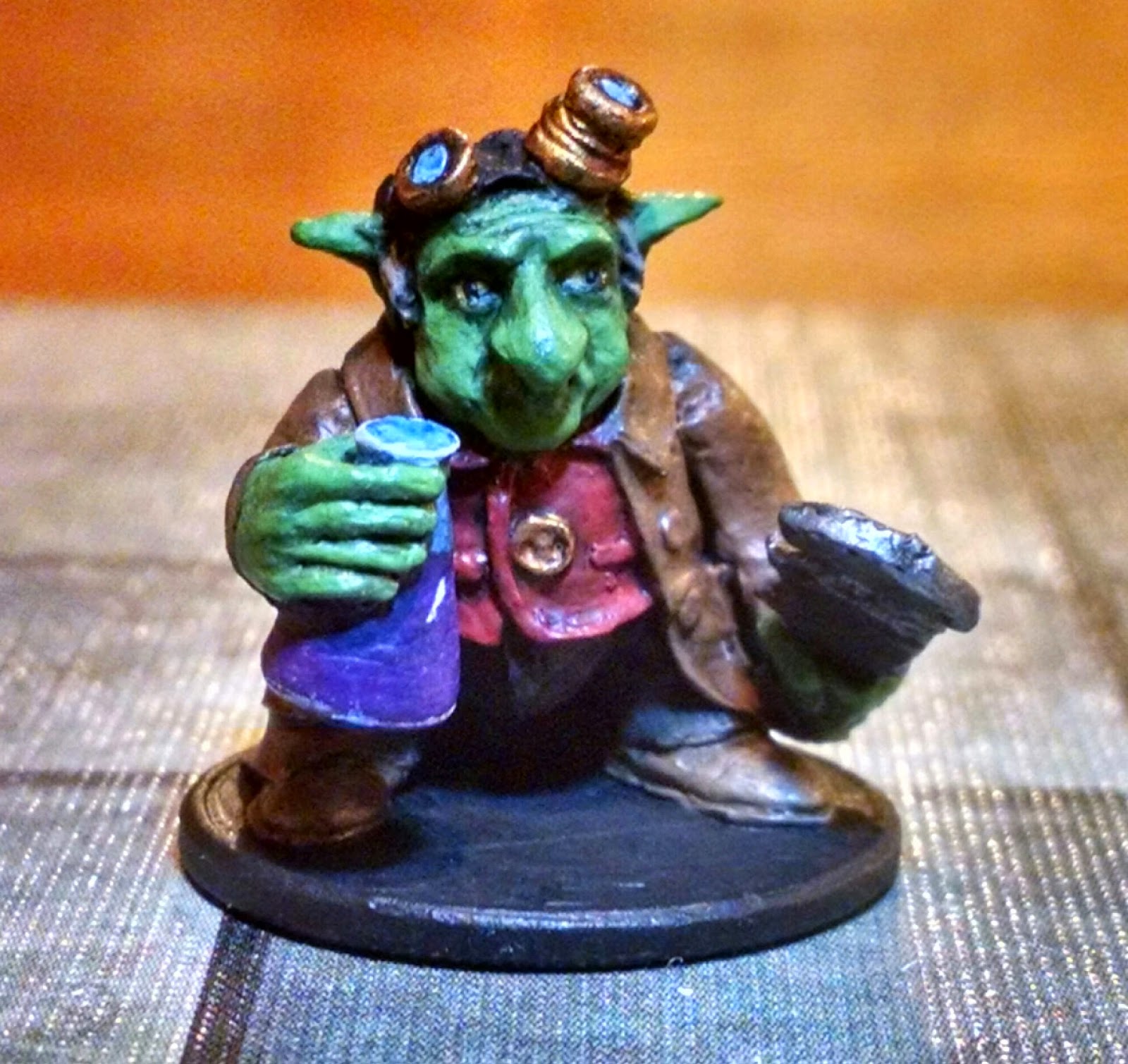 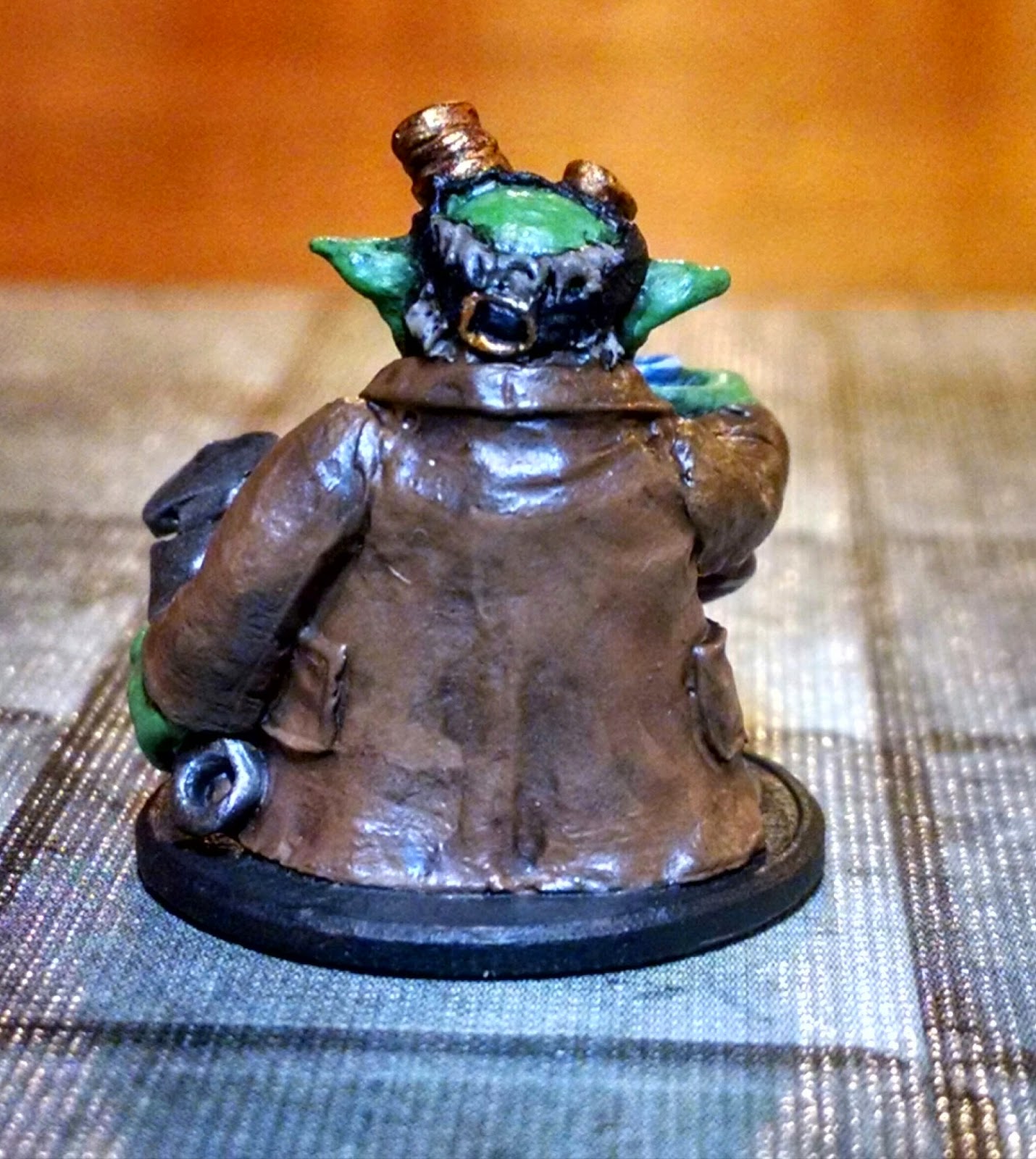 The model is some sort of goblin tinker, which is good because the player is playing a goblin tinker. I have no idea what company it is from and I honestly keep forgetting to ask. It is resin though and the detail is great. It also came on a little sprue with this guy: 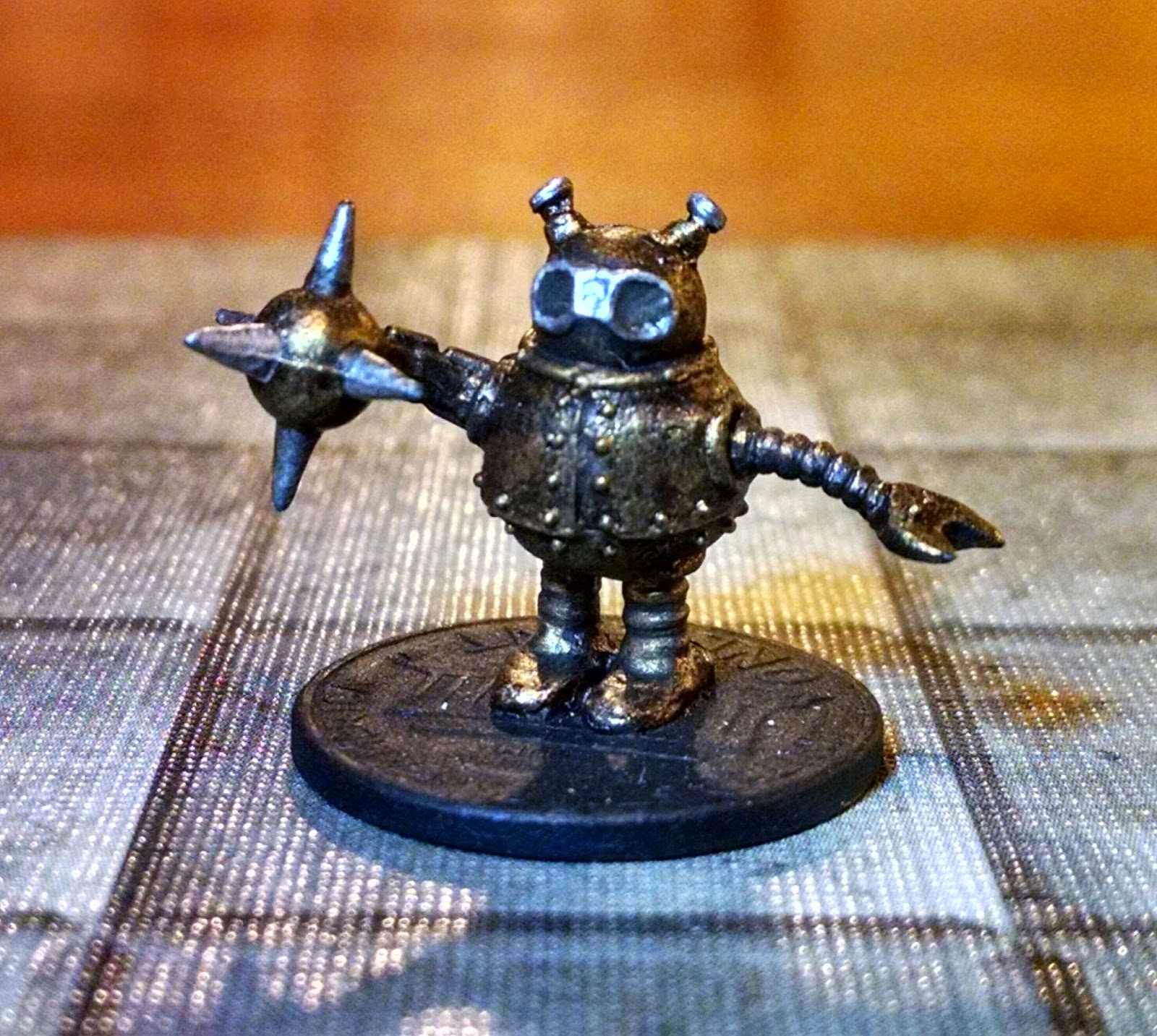 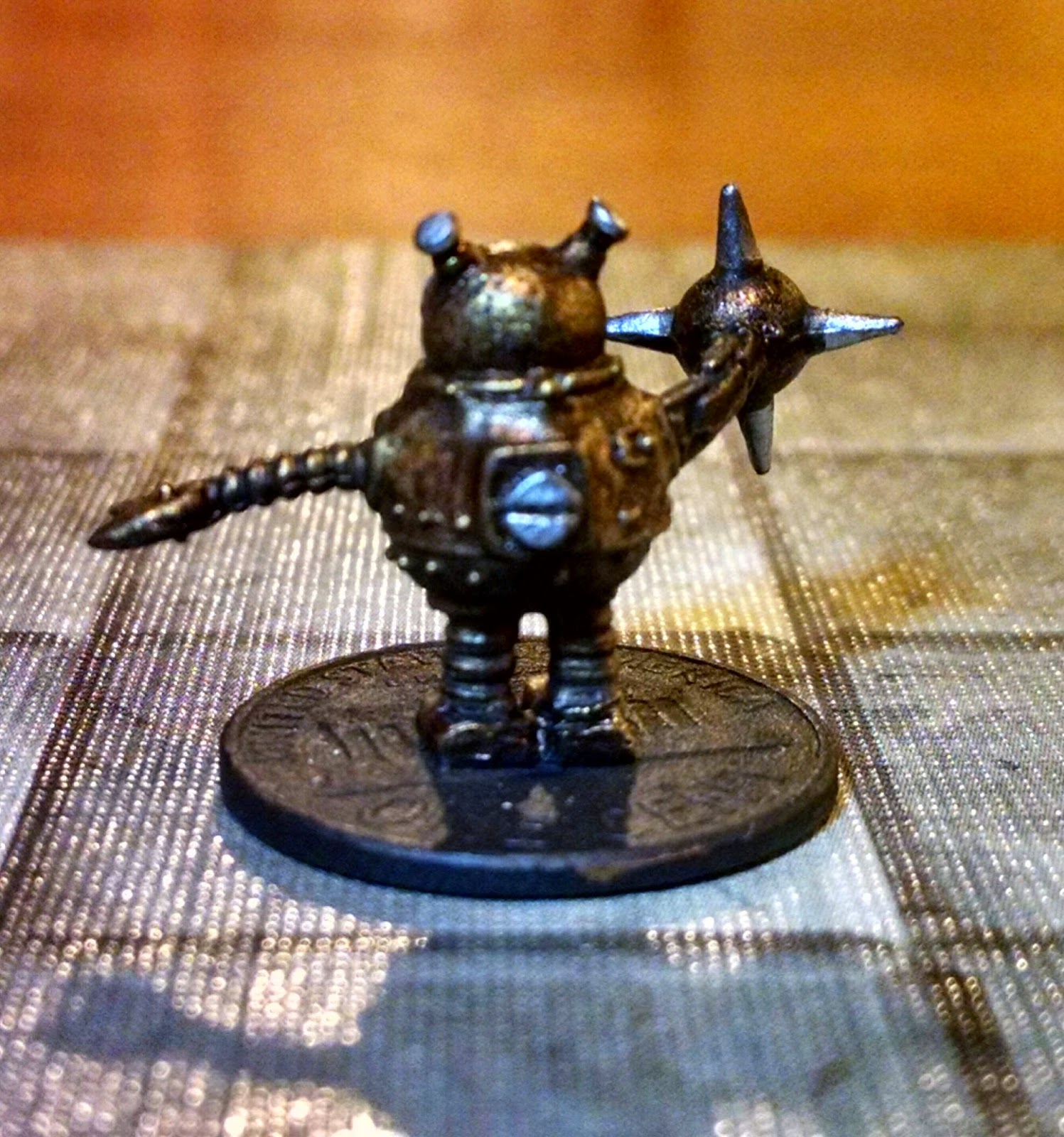 The little robot servant actually came with two of the same arm (left) but it needed a morning star, so I found a little extra Warhammer bit and attached that. After that is was a simple metal drybrush and some washes. Both are small sized so they got stuck on pennies.

I'm really pleased with how the goblin came out and the robot is passable.  I'm especially happy with the detail on the goblin's face. And so is the player, so I guess that's what counts.

That's all for now. Happy gaming!
Posted by TheUndergroundLair at 10:08 AM