The rules for Deep Dark Dungeons have been available for a while now and I hope everyone has been having fun trying them out. However, I'm sure by now everyone is also sick of using the random encounter tables in the book and want to know how to craft their own encounters. 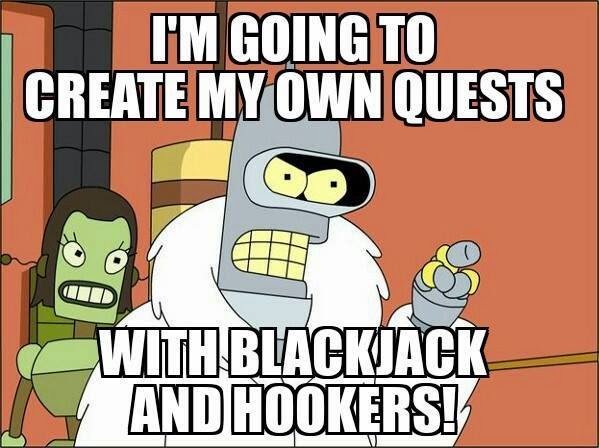 The book actually recommends using your own collection of miniatures to craft your own encounters but gives very little idea of how to do that. So I thought in this post I would do about showing how I set up a quest, complete with encounter tables.

To start, I begin with a map. The book recommends a minimum of 4 rooms, but honestly that's a very short game with very little action. It works if you have time or space constraints but not ideal. My sweet spot is around 6 rooms. Anything larger starts to get dangerous but can make for a great marathon. Larger dungeons are also better for stronger groups of heroes. With that in mind, I set up this dungeon. 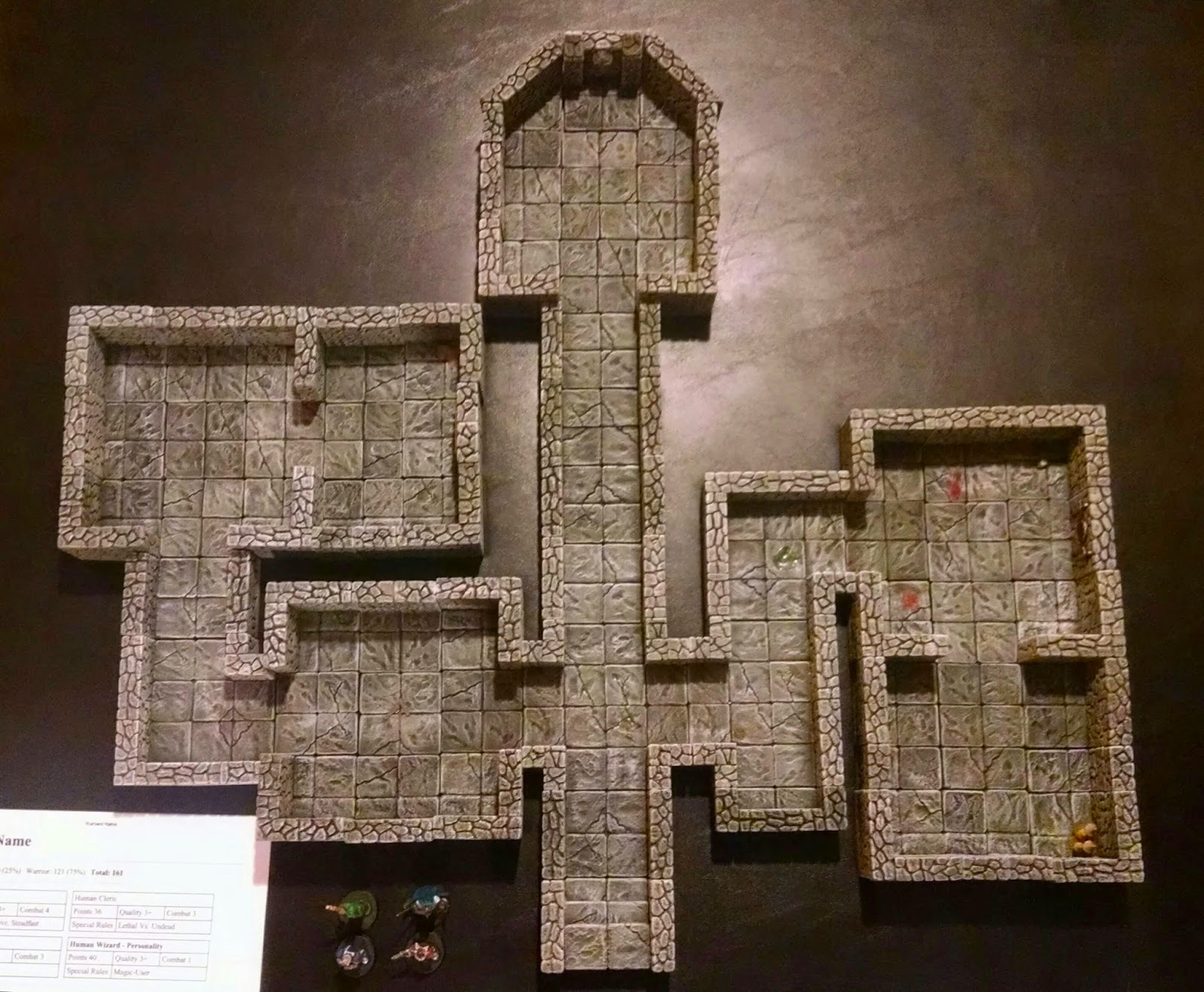 Six rooms, all left empty to be filled with furniture as the game goes on. Doors, of course, will be set up as the heroes encounter them. Speaking of heroes, the next thing I need is a group of brave victims to tell me how tough my encounters will be. I chose to do a Low Level adventure of 160 points, as I wanted this to be the start of a new campaign. The heroes chosen are:

Obviously it's a little over 160 but that's not so big a deal. The idea is to get a fun group together. Now I need a pool of miniatures to create my encounters. Since I have boatloads of monsters to choose from, I decided to restrict myself to the drow box set from Dungeon Command. Not only did this give me a bunch of nice pre-paints to play with but saved me having to make too many decisions on what to use.

When designing encounters, I like to start with the Final Challenge. It gives me an idea of who my bad guy is and helps me work out the theme if I haven't chosen one. For example, if I had chosen an Orc warlord, my normal encounters would contain lots of orc and goblin warriors, with some champions, ogres or trolls for challenging encounters. In this case, I wanted the Drow priestess to be the big bad, along with a couple of big spiders. With no easy stats in the SBH books already, I turned to the SBH warband calculator.

The final challenge is 2/3 of the heroes' point cost so that works out to around 106 points. It should also contain at least one personality. No need to be too exact and it's supposed to be a challenge, so I chose one priestess and two spiders.

The Normal encounters came next. Normal encounters are worth 1/3 of the heroes' point total and should be made up of multiple non-personalities. Single models can be used for strong figures but single models can be ganged up on quickly, so they should be played craftily or be a little stronger than normal. You can make up as many encounters as you want but I like to stick to 6, since I can put it on a handy-dandy D6 table. As long as you can randomize what shows up, feel free to use any method you want.

As you can see, I chose Dark Elves from the SGD book and added the Medium Giant Spiders from above. The only new model on the list is the Shadow Mastiff. All encounters are around 53 points, but once again not quite exact. You want fun encounters, not a math problem.

Challenging encounters finish off our list. Challenging should be around 1/2 the heroes' total and generally consist of single, powerful models, which may be personalities. Multiple models can also be used though, if they number close to the amount of heroes or more.

*If Song of Wind & Water is available, use Burrowing instead of Stealth (84 points)

Once again, I stuck to stats from SBH and SGD with a couple new monsters thrown in. All come out to around 80 points as well. When making encounters I try to stick with abilities from SBH and SGD because that's what the rules are designed around, but really any SBH supplement can be used. That's why Burrowing is given as an option for the Umber Hulk. The system is totally flexible, though some abilities from other books might be totally useless in a dungeon.

And that's it. It really is just that simple to create your own encounter tables and work up your own quests. You can even take it one step further and create your own tables for furniture and the like, Just make sure you are making fun adventures for yourself, using your stock of minis.

And if anyone wants all the tables above in a handy PDF form, you can get them right HERE.