The Banes Of My Existence

My WarMachine project is slowly chugging along. I am about halfway through my 15 point force and I am trying not to rush too much. That being said, I am not above using lazy methods to achieve my goal quickly.

That brings me to my next unit: Bane Thralls.

I have always loved the concept of the Banes. Ancient dead warriors who sneak up on you and hack you to pieces with giant axes are really nothing to pass up. Not only are undead badasses cloaked in a pall of darkness cool, but they are great on the battlefield. Most melee-only troops have to advance under a hail of murder-sticks to chop up their enemies.

But Banes get to close in relatively unmolested thanks to their Stealth ability, soften up the enemy armor with a little Dark Shroud, then smash even the heaviest warjacks with an extra die of damage on every attack. Back when I was playing MKI, Thralls saw a bit of downturn thanks to Bane Knights but now that I've returned, I'm glad to see they are viable choices again.

I have two units of Bane Thralls and I intend to use both at every opportunity. However, I hate painting units. I find it tedious beyond belief. That's where that laziness thing comes in. Behold the Banes: 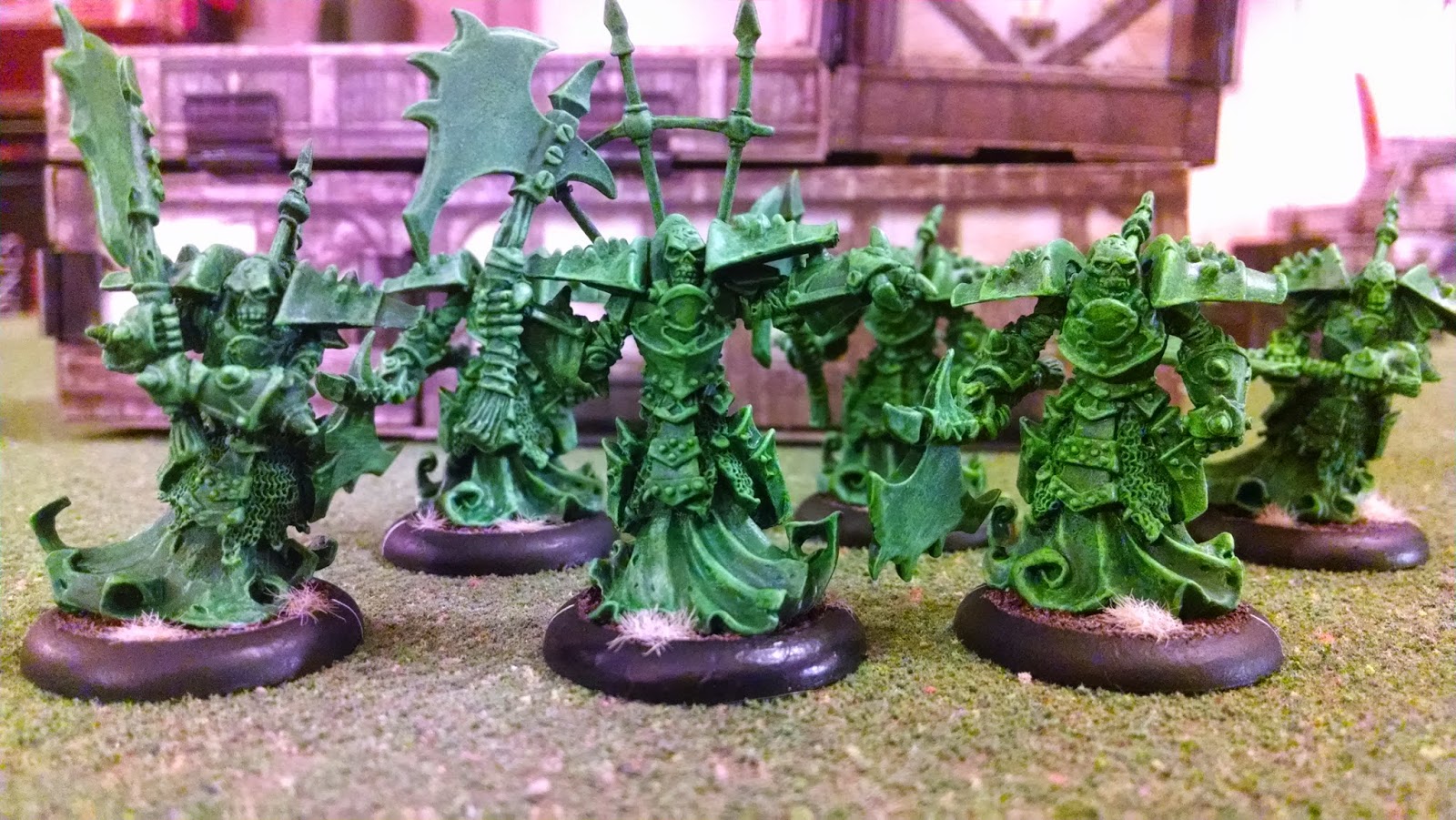 As you can see, I did a lot of drybrushing. The idea was to try and pull off a ghost warrior look. Its nothing but a simple 3 layers of Dark Angels Green, Snot Green and finally Scorpion Green, but I think it works just fine. The bases probably took up half of the total paint time. The other unit should follow suit rather quickly.

I also managed another Deathripper repaint, giving Deneghra her requisite two Arc Nodes. They also make her look like a huntress with her two hunting dogs, so that's pretty badass as well.

So that's where I've gotten so far. I'm literally one unit of Banes and a Skarlock Thrall away for being finished. Now if only I can keep my momentum...