I Have The Weirdest Bones-er Right Now...

After almost a full year of waiting, my Reaper Bones Kickstarter has arrived. My goal is to go through the minis bit by bit and take pics (don't hold me to it) but for now, I'll just do an overview.

The moment I got my shipping notice I started making a high pitched squeal of glee that I believe lasted the full four or so days after until it arrived. I had sent it to my parents' house for two reasons: A) My post office would be closed when it arrived, delaying it until the Monday after and B) I knew I could get my mother to bring it to me at work as soon as it left the delivery man's hands.

After many assurances that she was the best mother in the world and that my work would indeed be finished despite the Christmas-like event that was about to take place, my mother deposited a large brown box on the counter and left. I assume that was because what she was about to witness could be liked to what happens when a pack of hyenas finds a fresh wildebeest corpse.

I had gotten the Vampire pledge, plus a few extras so I had plenty to look at. I was greeted with a very lovely Vampire Pledge box, something I was surprised to see. Happy, though, because it would make a great storage box for all that was inside. 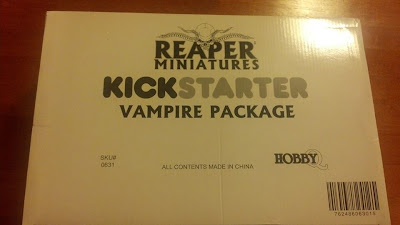 Opening it was shocking. I was not prepared for what I was about to witness:

Now, what you are seeing are bags chock full of individually bagged miniatures. If the idea that someone sealed each and every one of those little plastic warriors in little plastic bags makes your mind boggle, I must inform you that there are two more identical bags under those. That's right, there was so much miniature madness that I was unable to capture it in a single picture. 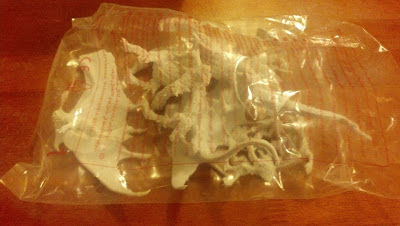 In a couple of separate bags came my extras. Since I couldn't resist opening them, they all ended up in this bag here for storage. In there is a hydra, some fishmen (the Deep Dwellers add-on) and the black dragon, Ebonwrath. As a fan of black dragons, I already had several of the D&D pre-paints in several sizes (including gargantuan) but I couldn't resist having one more to paint up as my own. 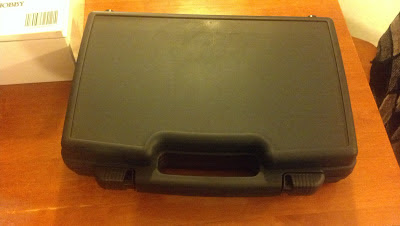 Another add-on was a figure case. I swapped out the Sophie miniature for this because I didn't feel like owning a naked, motorcycle-riding succubus and I figured I would need the 150 miniature spots.

I ended up a little disappointed in the case. The spots inside are a little small, so only 25mm or smaller miniatures without dynamic poses would fit comfortably inside without altering the foam (thereby reducing the storage space). The foam is also denser than I expected, so it seems a little less gentle on the figures. But there is plenty of room inside for anything that fits the criteria: 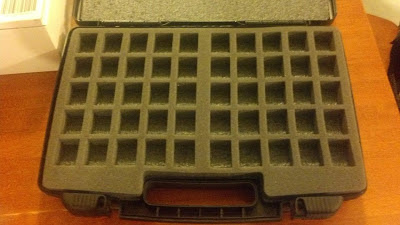 And of course the piece de resistance of the order: 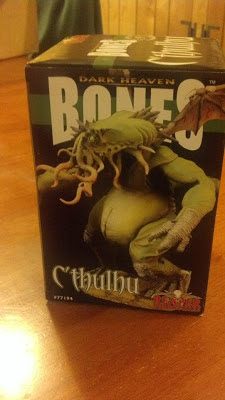 I am a huge Lovecraft fan, so I absolutely had to add Cthulhu to my pledge. At $10 it was an absolute steal. I was amazed at how detailed the sculpt was. I was able to dry fit the various pieces together snugly to take a picture: 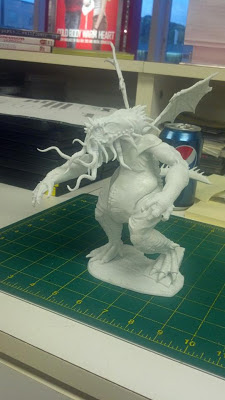 He stands over 9 inches tall and is filled with antediluvian bad-assery. He ended up being the first figure fully assembled. I have to say I am a fan of the bones material so far. It is light, flexible and glues almost instantly with superglue. My only negative to it is that several of the figures came warped from the tight packaging, bit it's nothing a hot/cold water bath won't fix.

That's it! Stay tuned for a look at my first painted Bones mini very soon!
Posted by TheUndergroundLair at 3:27 PM