Tell me your secrets...

Hello again, readers. Sorry I missed May but things were hectic and I wasn't trying to rush the project I'll be showing off today. Maybe I'll get to a second post in June to make up for it. Maybe.

I started Warhammer 40k back in the halcyon days of Second Edition, when men were men, orks were orks and space marines were still barely restrained psycho-indoctrinated murderers for the good of mankind. My first choice of army was Eldar, because I loved the idea of space elves, shooting and OMG PSYCHIC POWERS.  However, one day I discovered the Inquisition powers, and hatched an idea.

Back then, each psyker had to start with at least one power from their primary discipline, but could then take as many tertiary discipline powers as their psyker level allowed. And the Inquisition powers had a power that could open a vortex in real space that would swallow up any model it hit instantly. Yum.

I had already been toying with the idea of using the 2nd edition box set marines as allies, and Librarians could get Inquisition powers as a tertiary discipline. I chose the coolest color scheme for my marines (dark green Dark Angels) and got a Librarian in terminator armor. After a couple games I was totally in love with Dark Angels and Librarians! With a level 4 psyker I had a 3 in 6 chance to pull the vortex power and I used it to great effect. And when the Angels of Death codex came out, I started using other heroes like chaplains and company masters, but a Librarian always made it in. That is, until 3rd edition hit and killed psykers, a tradition held for many editions after.

Fast forward to 7th edition. Psykers are meaningful again. They blow shit up like you wouldn't believe. Not taking a psyker is generally seen as a Bad Idea (TM). I also had access to the lovely Librarian from the Dark Vengeance starter. And here he is: 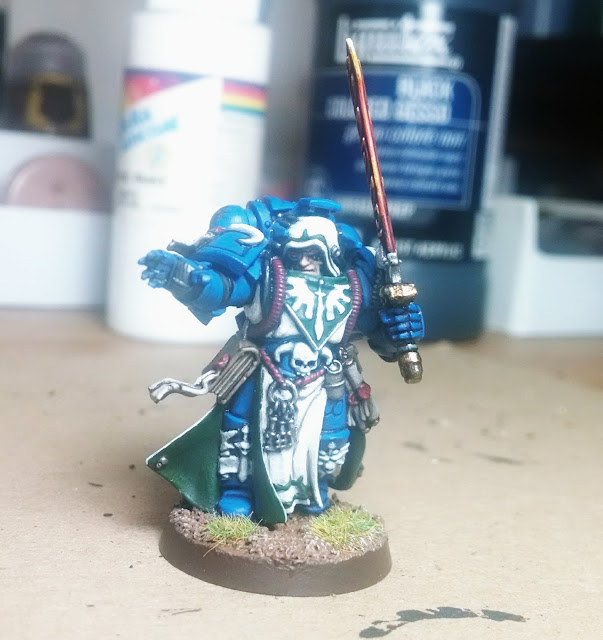 Though I stayed pretty close to the GW color scheme, I did stray a little. I have named him Codicier Bahram, and he always accompanies my Interrogator-Chaplain for that one-two punch of both physical and psychic torture for any Fallen they may find. He also has a penchant for Pyromancy powers, so I gave his force sword a hot, glowing metal effect. But enough rambling. Here are some more shots: 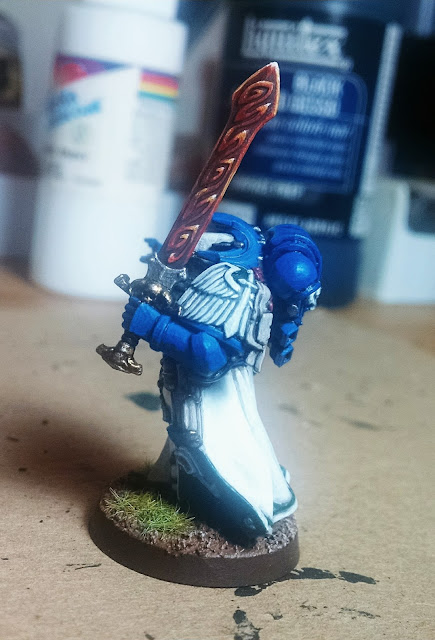 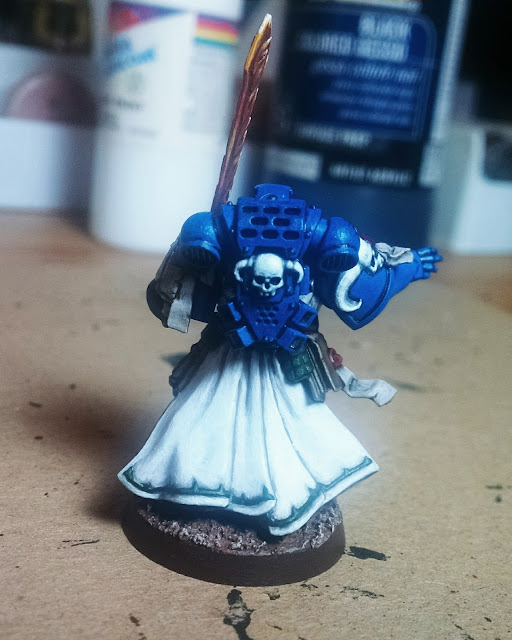 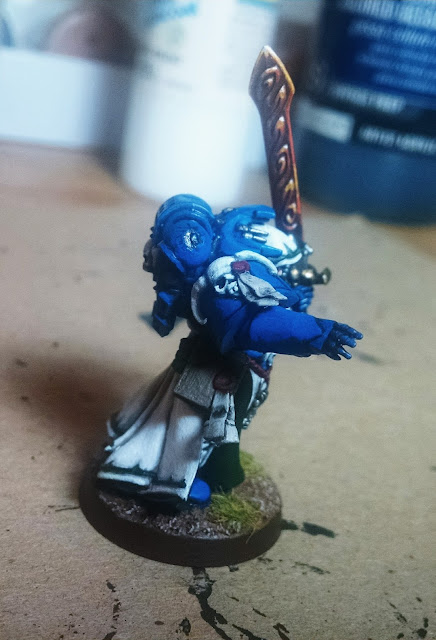 And a peek under the hood... 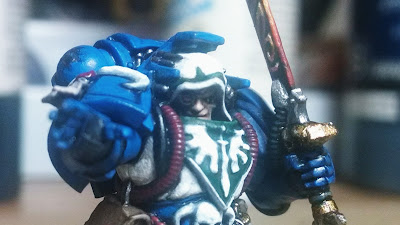 I also caught a pic of him in action (still only partially painted), challenging a hulking warboss. It's a cool picture, but it didn't end well for Bahram. But if you have to go, you might as well go in style! 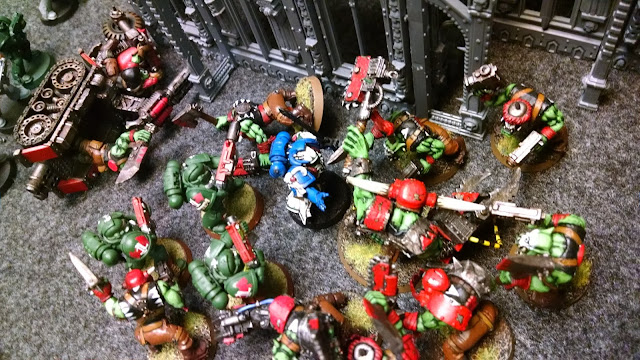 That's it for now. I had a lot of fun painting this model. The detail is exquisite, and I want to paint more of the Dark Vengeance marines soon. But first I have a rather large and stompy project planned.

Happy gaming!
Posted by TheUndergroundLair at 9:10 AM