In a post almost exactly a year ago, I made it well known that I'm a ridiculous Frozen fan. Yes, I'm weird, whatever. Let's move on. 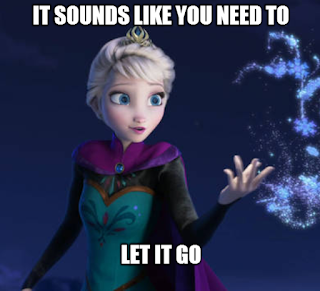 Anyway, I was never really happy with those miniatures. The sculpting was a little basic and kinda goofy, even for figures based off of Disney characters. On top of that they were a little out of scale and tiny.

However, Hasslefree Miniatures have once again saved the day with a couple of beautiful sculpts that really knocked it out of the park. This Christmas I was lucky enough to receive both their Raisa and Cara resin masters as a present. I've been eyeing these two for a while now and I've put it off mostly due to the price. But if you have never picked up one of Hasslefree's resin masters, do so immediately. They are incredibly clean and crisp. I don't think I could go back to their metal stuff unless I didn't have the option. Totally worth the extra money.

Raisa is the Elsa look-a-like and she hits the nail on the head: 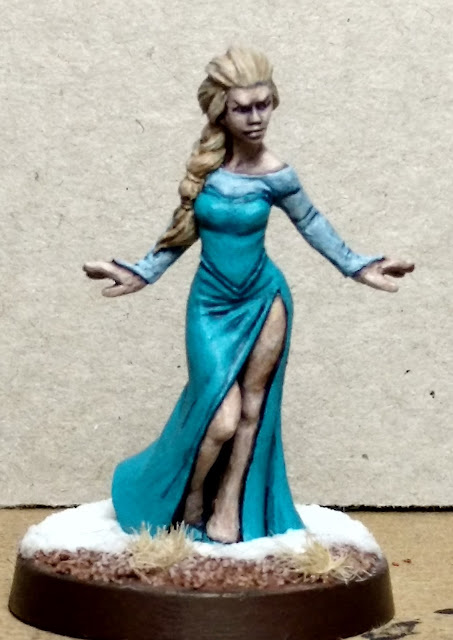 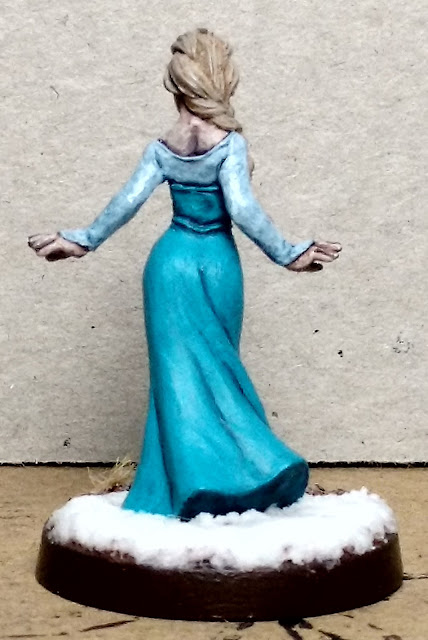 I used the same basic color scheme as I used on the original Northstar sculpts, although this time around the skin came out much whiter looking, so I just washed it back down with Ogryn Flesh and left it. It came out surprisingly good, and I can see the benefits of the monochrome/wash methods some people use. I may practice more with the technique in the future.

Cara differs quite a bit from Anna in many respects, but still looks great. I was also happy to see that she was not portrayed as a spellcaster but instead a warrior/explorer type. Much more fitting: 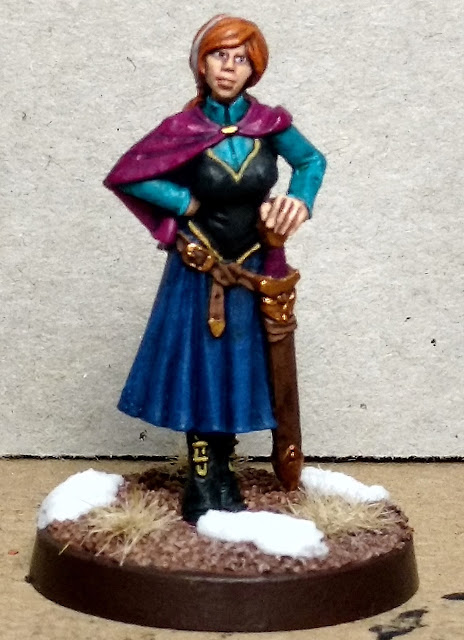 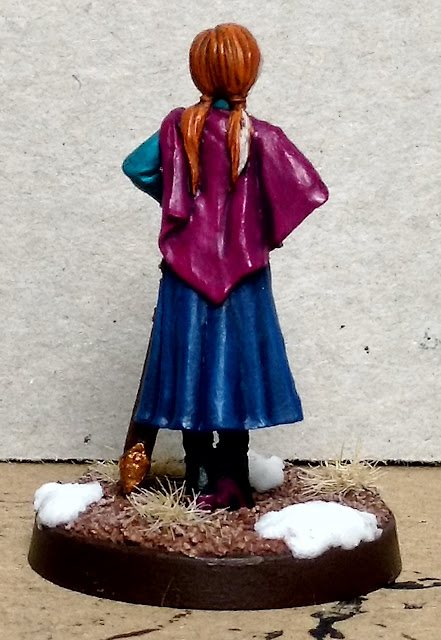 Once again I opted not to do the embroidery on the bodice and skirt, but this time for very different reasons. I didn't rush through this one, but the sheer amount of folds in the skirt would have made things very difficult. On top of that, Cara is VERY busty in a way that Anna is not. So instead of having a nice flat surface to work on, it would have been challenging to try and freehand while compensating for the curves. I like to think of it as being a more no-nonsense, less fancy adventuring outfit. 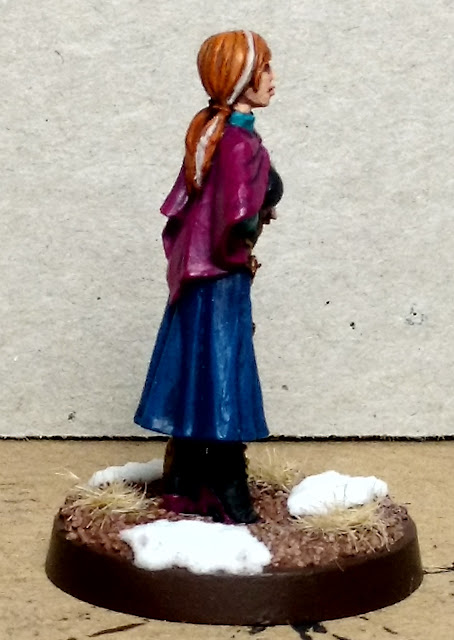 One of the nice things about this model is that the way the hair is sculpted makes it very easy to pick out a single white shock of hair. There are no braids, but the pigtails get the point across.

Oh and for those of you who like the snow effect on the base, it's Games Workshop's Valhallan Blizzard. This stuff is essentially the same as the pumice gel I use for my bases, but a finer grit and with white paint mixed in. It creates a fantastic effect and when it eventually goes out of production I will be very sad.

So there we have it. Frozen Project: Redux is a success. They will definitely replace the Northstar minis on display and on the tabletop, especially since they are actual 28mm scale and not dwarfed buy the other miniatures around them. I am extremely happy with how these came out all around.

Posted by TheUndergroundLair at 9:49 PM