Last year I made the determination that I was going to get back into Warhammer 40,000. Somewhere in England, there was much rejoicing, as the chip Games Workshop long ago implanted in my brain informed them that my money would be theirs once more.

Despite the hemorrhage of money, I do love the setting dearly. It's so dark and grim, and filled with grim-darkness. And the Gothic-over-the-top-ness makes for wonderful modeling opportunities. One such opportunity was to make new wound markers for my characters.

I have always loved servo skulls. They have a morbid cuteness that can't be beat. For those that don't know, when a particularly devout Imperial servant (such as a janitor or accountant) dies, they get honored by getting turned into a servo skull. Well, not the servant himself, actually. Just his skull. The servant stays dead while a little robot floats about wearing his brain case, taking videos and reminding important Imperial dignitaries about upcoming appointments. Absolutely adorable.

When I found out that the most recent Devastator sprue had some servo skulls on it, I hit up eBay for 4 of them. This only cost me six dollars, which may be the least amount of money I have ever spent on anything Games Workshop. I drilled some holes in them, mounted them on lengths of paper clip and soon had them painted up. 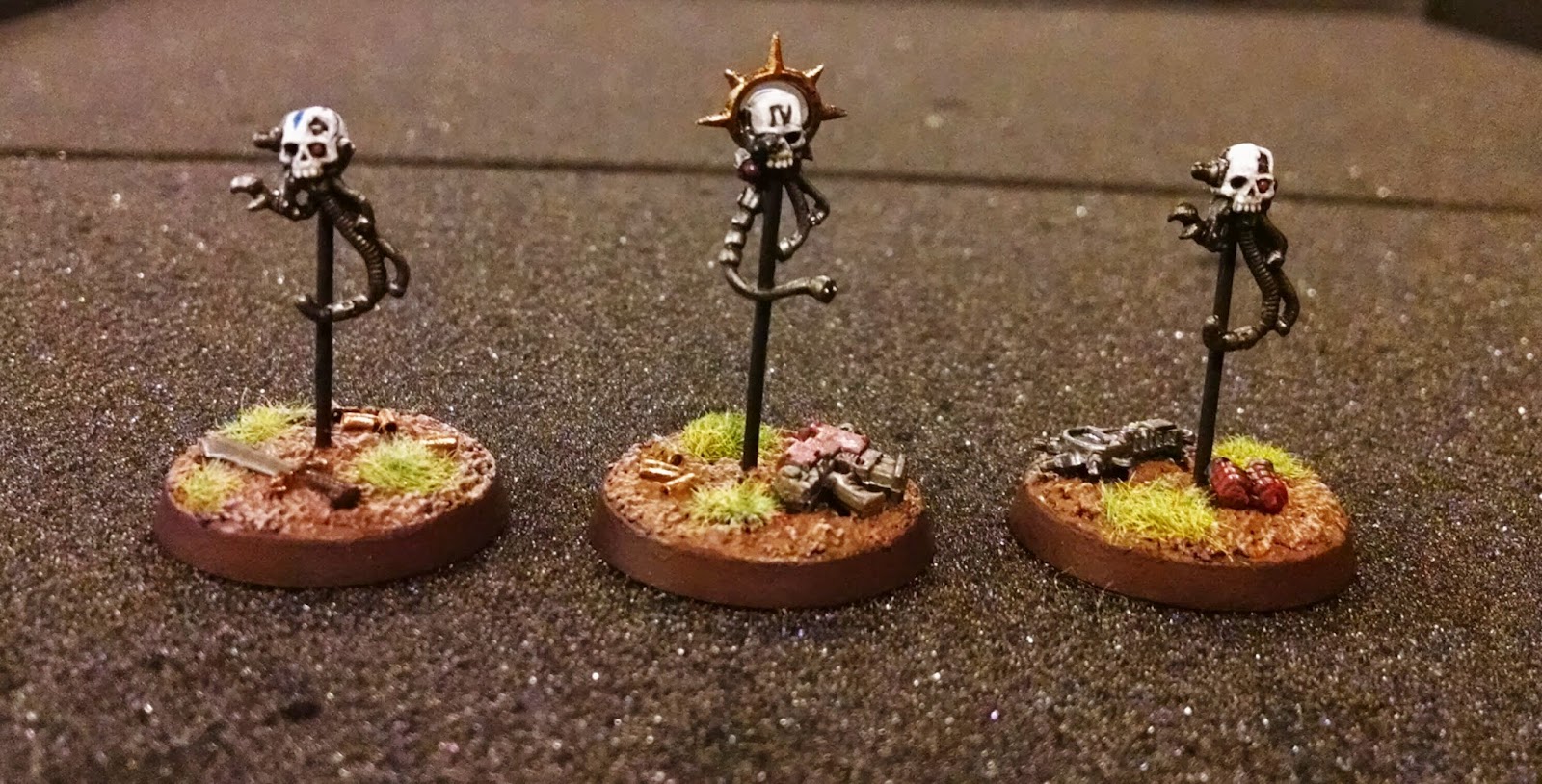 I only needed three, so the other will be saved for a later date. The way I use them, each character gets one for each wound beyond 1 to follow them around the table. Every time the character is wounded, a servo skull gets removed. No more skulls=one wound left.

My Dark Angels Interrogator-Chaplain gets the halo skull and the plain skull, but I wanted to give the Librarians single skull a little extra zing. So, I free-handed a sword and a couple of lines for wards on the skull, in oh-so-magical blue, of course. 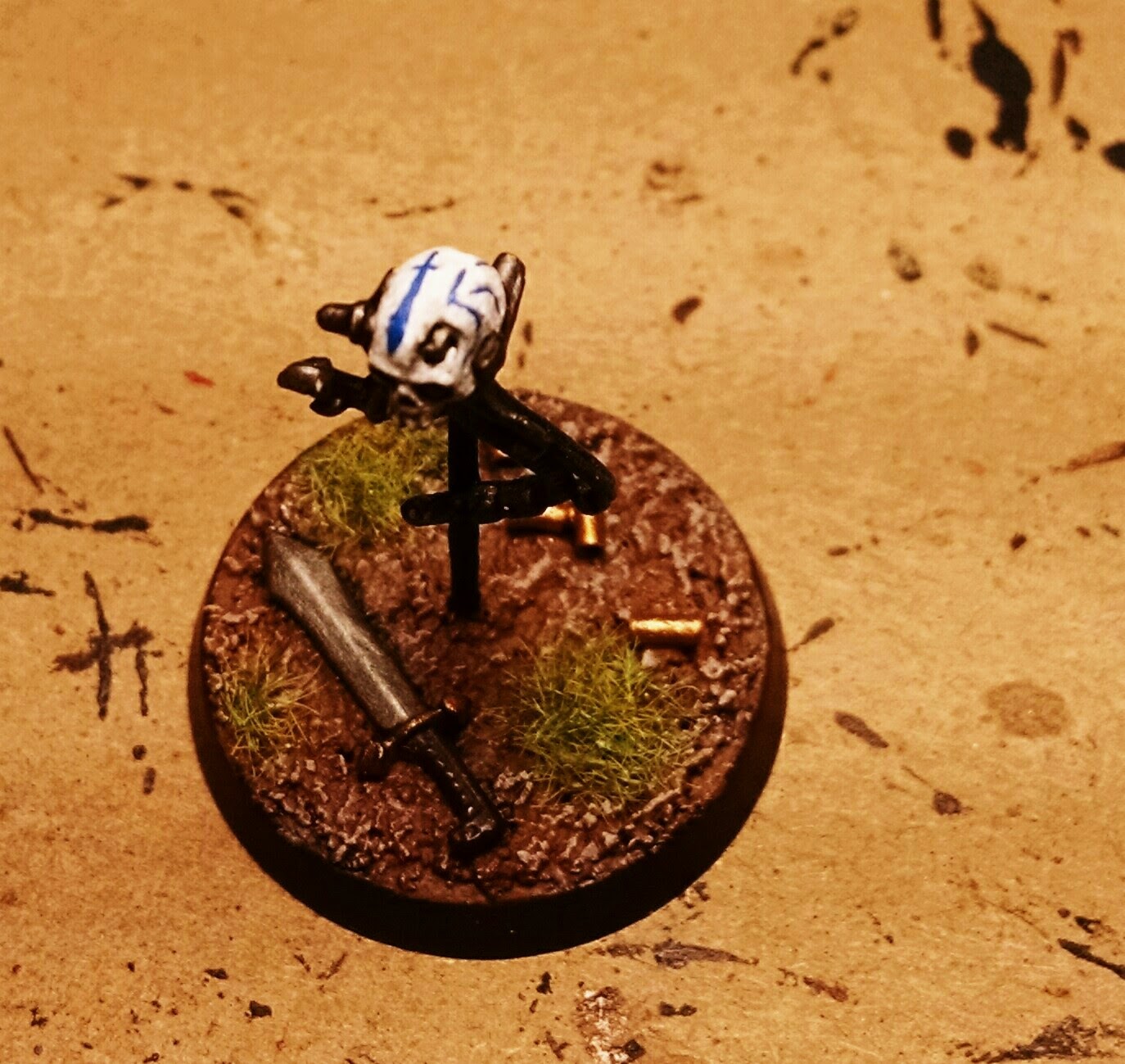 Not great, but also not a lot of room to work in and the Librarian needed something special. Of course I can't sign off without giving you a look at some skulls with their master: 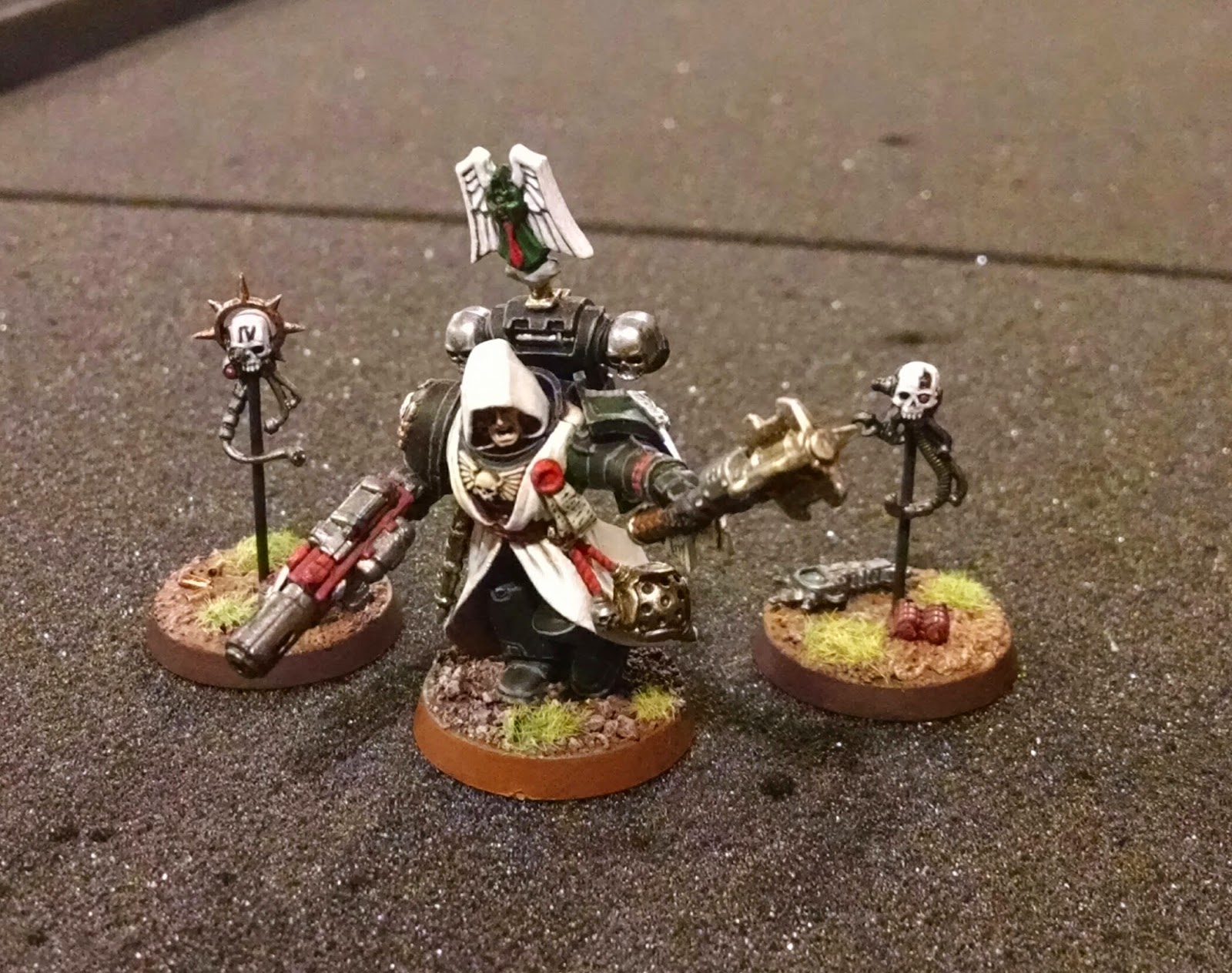 That's it for now. These were dead-simple to put together and make for a fun project to add a little flair to your army. May the Emperor protect and happy gaming!
Posted by TheUndergroundLair at 7:50 PM